Nestoil Delay Pushes Completion of OB3 Over into 2019 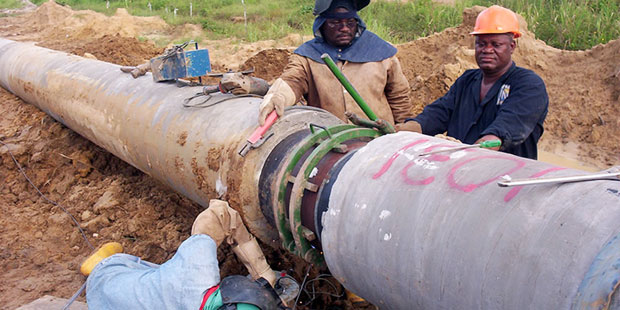 Delays by one of the two contractors constructing the OB3 Pipeline has ensured that the crucial line will not be completed in 2018.

The Oben –Obiafu-Obrikom (OB3) pipeline is Nigeria’s largest gas transmission pipeline and its completion will create the first semblance of a gas grid in the country.

It will ferry gas from the huge reservoirs in Rivers State, in eastern Nigeria, to the industrial markets in the West of the country.

The pipeline, being constructed by the Nigerian government, will have the capacity to pump Two Billion standard cubic feet of gas a day.

The EPC contract was awarded by the Nigerian cabinet of Ministers (Federal Executive Council) in the third quarter of 2012, to Messrs Nestoil Limited (Lot A) and Oilserv Limited (Lot B).

Contractual project completion date for both Lots is 31st July, 2018.

But whereas Lot B (OILSERV) is mechanically finished, Lot A (Nestoil) is stagnant. There are contractor issues with Lot A and the project is stalemated.