Egina To Start Pumping This Week 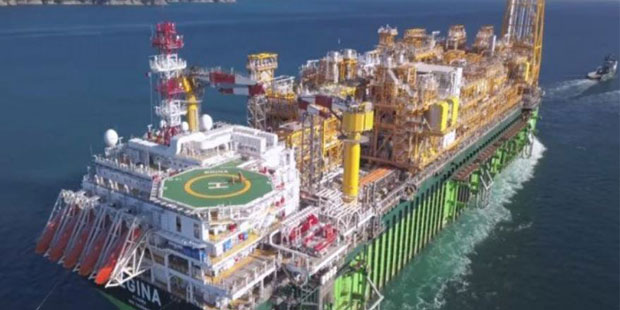 TOTAL expects to start up production from the Egina field, offshore Nigeria before the end of this week, most likely by January 3, 2019.

The company’s second large deepwater oil project to be commissioned in Africa in the space of six months, the field will produce, at plateau, about 200,000 barrels of oil per day, a figure higher than 10% of Nigeria’s production.

It is however scheduled to start around 170,000BOPD.

The first Egina production well was opened on the South loop on December 29, 2018.

The field is located under 1,600 meters of water, 150 kilometres off the south eastern coast of Nigeria.

TOTAL says that the Floating Production Storage and Offloading (FPSO) unit used to develop the field is the largest one it has ever built. This project has also involved a record level of local contractors. “Six of the eighteen modules on the FPSO were built and integrated locally, and 77% of hours spent on the project were worked locally”, TOTAL officials explain, adding that start-up has been achieved at a significant cost below the initial budget, “due in particular to excellent drilling performance where the drilling time per well has been reduced by 30%”.

Initially discovered in 2003, the Egina field is the second development in production on the Oil Mining Lease (OML) 130 following the Akpo field which started-up in 2009. The Preowei field

TOTAL Upstream Nigeria Limited operates OML 130 with a 24% interest, in partnership with