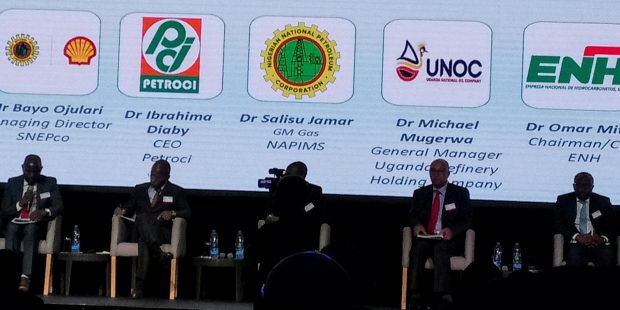 The Organisers of the West African International Petroleum Exhibition and Conference WAIPEC, delivered a second edition with a very Pan African feel over the course of two days last week.

A frequent contributor at oil and gas conferences in Nigeria is Juliette Twumasi-Anokye who was, as far back as seven years ago, the face of Local Content in Ghana, around the time that the Petroleum Commission, the country’s upstream regulator, was being built from scratch.
Now a private legal practitioner, Twumasi-Anokye moderated a panel on Service providers, but she was also a persistent contributor from the floor.

The conversations, as they involved several intra African challenges, were much broader in scope than the regular exchanges that have marked petroleum conferences in Nigeria and which have made oil summits become so repetitive, especially in the context of no new sanctions of upstream projects. The Pan continental aura of the WAIPEC conference made the topic of regional collaboration and regional content, as a step up from national content, less abstract to imagine and therefore, to tackle.

For PETAN, the Nigerian engineering contractors group which organises WAIPEC, a Pan African confab is a product of enlightened self-interest. If you have succeeded as a contractor iin the Nigerian sector, where new projects are dwindling, why not look in the neighbourhood for new opportunities?

Still, it is not always easy to pull off a successful regional hydrocarbon conference of this type in Nigeria.
An example of such difficulty was the failure of the organisers of the Offshore West Africa Conference, (OWA), now defunct, to run, despite its name, anything but a Nigeria-centric conference, whenever it held in Nigeria.

Another example was the Nigerian International Petroleum Summit, which ended earlier this week. A session of African energy ministers opened the summit, true, but the Pan African discourse suggested by that session did not flow through the veins of the summit, anywhere close to what WAIPEC did. Reason; it was high level, one session engagement.

What WAIPEC did was to ensure that not a single panel/session was an entirely Nigerian session. It was clearly a tough call; moderators and the audience had to keep reminding themselves that the Panels were of a mixed constituency.

« Woodmac Lines Up, Again, Behind the PDP Candidate
World Bank is Unimpressed with Mozambique’s Growth Prospects, despite the Gas Boom »