Rumours That Buhari Refuses To Renew Some Licences Are Exaggerated 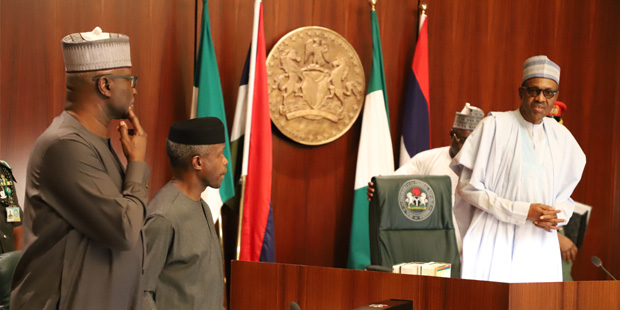 The president isn’t a terrific economic manager, we agree, but this thing about licences is untrue..

The Africa Oil+Gas Report has been inundated with requests by its subscribers to confirm or repudiate stories flying around about the Nigerian President, Muhammadu  Buhari, using licence renewal as a tool either to deal with critics and the opposition or to pacify the States.

Our checks with sources in both the regulatory and executive arms of the Ministry of Petroleum Resources indicate that the President is not keen about anything about license allocations.

People in the ‘Villa’ and ministry officials may play games using the Presidency, but the man himself is not necessarily aware and the only acreage sanction he has personally appended to, has been the transfer of OPLs which used to make up OML 13, onshore eastern Nigeria, from private companies that won the three acreages in the 2007 bid round, back to NNPC, which claimed they were wrongly taken from it.

Africa Oil+Gas Report has published, in the last six editions of the last six months, stories which explicitly stated what expiring acreage licence was renewed or revoked.  Just to indicate that these rumours are all hot air: Elcrest Petroleum, which is on the list, has had its acreage (Oil Mining Lease (OML) 40), renewed for 20 years. Seplat’s OMLs 4, 38 and 41 are on the list of acreages that will purportedy not be renewed. But these licences are already renewed for the next 20 years.

Let’s take other examples on the list. The Government had, before June 2018, revoked the licence awarded to Alfred James for Oil Prospecting Lease (OPL) 302 as well as that for Sunlink for OPL 238.

It was clearly stated to Africa Oil+Gas Report, at that time, (and we have reported it) that Sunlink never paid signature bonus for OPL 238 since it was awarded in the early 1990s.

As for the Optimum Petroleum held OPL 310, a case concerning Ministerial consent for a company which bought 40% of the equity in the acreage has been in court since May 2018.

Buhari has not been a terrific manager of the economy, we agree, but this thing about licences is untrue.