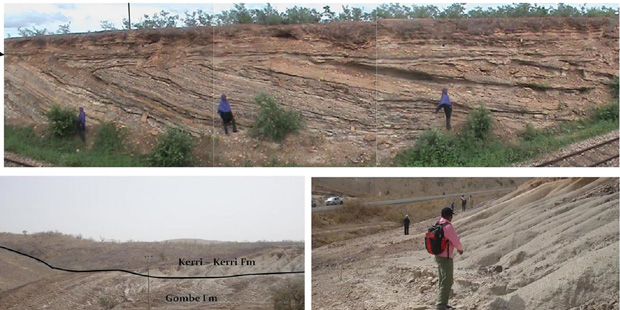 Nigeria’s Petroleum Explorationists have decided to formalise the search for oil and gas accumulations outside the Niger Delta.

They have come together to organise a workshop, to collate the most current thinking on geological basins outside the Delta basin.

The Niger Delta basin hosts all of the oil accumulations being produced in Nigeria, with the exception of one; the Aje field, offshore Lagos, which produces a minuscule volume: 3,000Barrels a day, or 0.15% of the country’s entire output.

Aje field lies in the Benin Basin, which was laid down in the Cretaceous period, a geological age preceding the Cenozoic period, during which the Niger Delta was laid.

It so happens that the other sedimentary basins in Nigeria: Benue Trough, Chad Basin, Sokoto Basin etc, were, like the Benin Basin, all laid down during the Cretaceous.

The crude oil finds around West Africa in the last 15 years, including Ghana’s Jubilee, Senegal’s SNE, and discoveries in Niger Republic and Gabon, are all in basins of cretaceous age.

This is why the organisers of the workshop have christened their proposed parley the Cretaceous In Nigeria Workshop. It is two day affair, organised under the auspices of the Nigeria Association of Petroleum Explorationists (NAPE), and is to be held in Abuja from May 6 to May 7, 2019. It is to “be a forum for harnessing and sharing the knowledge of Cretaceous geoscience, in order to develop sound technical understanding of the different Petroleum systems supported by proven global analogs, says Muyiwa Olawoki, Ph.D, a retired ranking geoscientist with careers in Shell and ExxonMobil under his belt, who is currently running his own  consulting firm, Geospectra Limited.

Some of the usual suspects, without who this workshop would not happen, are Ebi Omatsola, Joe Ejedawe and Kehinde Ladipo. They are all PhDs and they have been pushing the idea of an industry/government collaboration in interrogating the Cretaceous data set in Nigeria for a while. Omatsola is former Chief Geologist at Shell and founding Managing Director of Conoil Producing. He is Africa’s leading exploration thinker and former President of the Nigerian Association of Petroleum Explorationists (NAPE). Ejedawe and Ladipo are both industry icons; who started out in academia and later spent more than 15 years in Shell each. Ejedawe received NAPE’s highest award, the Aret Adams’ Award, in 2017. Ladipo set up a Post Graduate Geocience School in the University of Benin after he retired from Shell.

“Representatives from government agencies, local and international oil companies, and the academia are expected to attend”, says Olawoki, who is the convener.

Although exploration in the country started in basins of cretaceous age, Oil majors operating in Nigeria have progressively stopped being interested in basins outside the Niger Delta, since Shell discovered Oloibiri in Bayelsa State 63 years ago. The narrative, since discovery, with the exception of TOTAL’s foray into the Benue Trough, has been almost entirely about the Cenozoic Niger Delta. It is the NNPC, the state hydrocarbon company, which has been most enthusiastic about the Cretaceous play.

The word “Cretaceous” probably needs to be explained for our readers not familiar with geological terms. Cretaceous refers to that era, in the geologic definition which started 145Million years ago and ended 66Million years ago, lasting 79 Million years. What is important for oil finders is that it with a relatively warm climate, resulting in high eustatic sea levels that created numerous shallow inland seas. These oceans and seas were populated with marine reptiles (now extinct) ammonites and rudiststs. The end of the Cretaceous era is marked by the extinction of the Dinosaurs.

The May 7-9 workshop will discuss, among others:  Global Rift Setting Overview and Analogs; Pre-Cambrian Basement Impact on the Evolution of the Cretaceous Basins; Geophysics and Basin Architecture; Stratigraphy and Depositional Systems; Geochemistry and Basin Modelling and Exploration Activities.