OB3-“We’d Complete Our Own Section By End of March”, Nestoil Declares 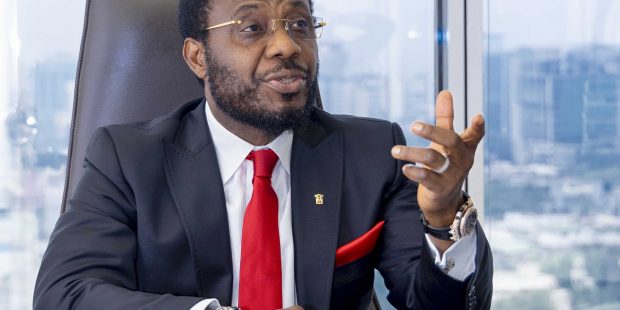 Ernest Azudialu-Obiejesi, Chairman and Chief Executive of the Obijackson Group, parent of Nestoil Ltd, says that mechanical completion of the Oben Obiafu-Obrikom pipeline, a part of which the company is constructing, will be done by the end of March 2019 “and pre-commissioning and finalcommissioning much later in the year”.
Azudialu-Obiejesi told Africa Oil+Gas Report in a wide ranging interview: “We are at the mostinteresting and exciting part of the job. In the next few weeks, when we announce its completion; it would be one of the most interesting engineering achievements in pipeline construction in Nigeria.We are trying to get 48” sized pipeline under the River-Niger from the eastern part across the otherpart of the Niger, some 1.8km on the other side of the river”.

The company explains that there’s a host of challenges delivering the job, a crucial east –west pipeline meant to deliver gas from the rich reserves in the east of the country to the large markets in the west. The pipeline will help create some sort of a gas grid for the country. “It is the sheer scale and size and complexity of the river crossing and also the fact that you have a
seasonal window to operate” that have made the construction work so onerous, Azudialu-Obiejesi explains. “Once the rain starts, you are unable to do any work in those areas and you find that you have huge equipment that can be submerged when the river overflows its bank. We also had security challenges. In January 2018, Nigeria’s security operatives killed one of the major militants in the Omoku area. Many Nigerians who may be aware of the project may not be aware that the main operating area of this militant and his associates was in Omoku and its environs, the same vicinity where a large percentage of Nestoil’s section resides.  That was a major challenge but we are glad to announce that the worst is over as far as this project is concerned”.