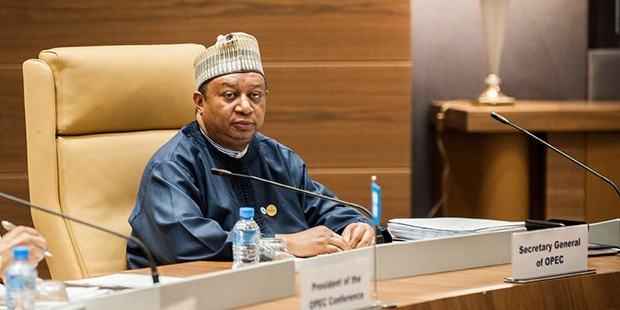 The coalition of the Oil Producers Exporting Countries and other high producing, but non OPEC member countries, known as OPEC+ coalition, has reaffirmed its commitment to continuing output cuts.

The coalition however decided to defer the decision on whether to extend the curbs until June 2019.

The output cuts, started in 2017, helped to bouy up crude oil prices that had been depressed since 2014. The stability it brought into the market has however been challenged by increasing oil production from shale formations in the United States. So the OPEC+ finds itself having to continue capping production in order to ensure that prices remain reasonable.

The coalition’s working group, known as the Joint Ministerial Monitoring Committee (JMMC) meeting in Baku, Azerbaijan, reviewed recent developments in the global oil market, as well as immediate prospects for the remainder of 2019.

“The JMMC reiterated the critical role that the “Declaration of Cooperation” has played in supporting oil market stability since December 2016 and took note of the expressed commitment of all participating countries to ensure that such stability continues on a sustainable basis, as overall conformity reached almost 90% for the month of February 2019, which is up from 83% in the month of January”, says a release from the meeting in Baku.
The Committee recognized the current, critical uncertainties surrounding the global oil market throughout 2019, and stressed on the shared responsibility of all participating countries to restore market stability and prevent the recurrence of any market imbalance.

One key statement in the release avers that “All participating countries present at the meeting, individually and collectively, assured the Committee that they will exceed their voluntary production adjustments over the coming months”.

“To this end, the JMMC also urged all participating countries, including those not present at the meeting, to achieve full and timely conformity with their voluntary production adjustments under the decisions of the 175th Meeting of the OPEC Conference, 6 December 2018, and the 5th OPEC and non-OPEC Ministerial Meeting, 7 December 2018.

In consideration that market fundamentals are unlikely to materially change in the next two months, the JMMC adopted a recommendation to forego the full Ministerial Meeting in April and instead schedule a JMMC meeting in May ahead of the OPEC Conference meeting on 25 June, during which a decision will be taken on the production target for the second half of 2019.