In His First Term, Buhari Wasted the Energy Crisis 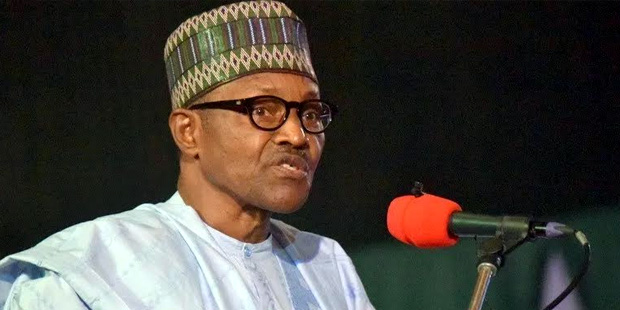 President Muhammadu Buhari inherited an energy crisis in Nigeria when he took charge of the country in May 2015.

Now elected for a second term of four years, it is safe to assume that the policies he worked with wouldn’t change significantly.

Buhari took over an upstream sector gasping for breath: even as crude oil prices were crashing down as he took the oath of office, there were problems that were self-inflicted by the previous administration, which were wrestling with the sector’s legacy challenges.

Operations in the oil fields of the Niger Delta had not entirely recovered from the historic MEND attack of February 2006, which had reset the dynamics in the region around the distinctions between licence to-and freedom to– operate.

The state hydrocarbon company NNPC was owing cash calls in a way that effectively disabled work programmes of operating companies. And by insisting on operatorship without the wherewithal to do so (competencies, governance, processes and funding), the NPDC, the operating E&P  arm of the NNPC, had strangled investment in assets that Shell & Co. had sold to five Nigerian independents since 2012. At the time Buhari came in, those companies had lost three years’ worth of aggressive investment to boost production.

Midstream, the President met proposals to diversify the gas market from export led to an inclusive, part export, part domestic beneficiation, which could establish an industrial economy with huge absorptive capacity.  A crucial part of the challenge here was that a disproportionate percentage of construction of the midstream infrastructure was financed by the state. And Project delivery had been consistently suboptimal.

Downstream, Buhari met a huge refining gap that ensured that over 90% of petroleum products in demand were imported, and a commercial model that entitled NNPC to taking 445,000Barrels of Crude Oil Per Day of oil, while it was expected to beneficiate no more than 20% of it.  Millions of litres of Gasoline were being imported at a cost significantly higher than what the government instructed the retailers to sell and as such the state was saddled with billions of dollars in subsidy claims by importers.

On the new President’s table were frames of ideas around the Petroleum Industry Bill, which was first presented in Parliament in 2008. This set of laws has benefited from a robust national debate over the years; in its current form it engages every opportunity and threat in the hydrocarbon value chain, from state ownership and dispensing of oil and gas acreages, through community entitlements and responsibilities, to downstream streamlining of sales, distribution and proceeds of petroleum products.

Efforts and Results. Mr. Buhari’s government deserves credit for easing the bottlenecks in the cash calls for upstream work programmes and removing NPDC’s chokehold on Nigerian independents, allowing a more vibrant upstream segment. Investments have streamed into many Brownfield projects. There’s an uptick in drilling activity, a marker of the health of the industry, even if several actors remain cautious. The CEO of NNPC has been allowed a free hand, even though the President himself was the minister of petroleum throughout the tenure. Discussions have picked up around Financial Investment Decisions for new field projects, especially in deep-water, but while the momentum is higher with this administration than the former government, the old habits of sitting on proposals and approvals for pecuniary gains haven’t gone away and it is largely because, in the absence of structured, legislated reforms, individuals still see themselves as the processes!

Buhari’s Ministry of Petroleum Resources has crafted National Oil and Gas Policy documents, but in the absence of an act of parliament reforming extant hydrocarbon laws and operational norms, with these policies at its heart, the documents have gone nowhere. In Buhari’s first term, there was private sector equity investment in LESS THAN 250Million standard cubic feet per day capacity new gas processing plant for the domestic market. Project delivery timelines haven’t improved. None of the gas pipelines under construction by NNPC, before Buhari came in, will be completed before this current term of his Presidency ends. The private sector is not keen on midstream infrastructure, and has not been sufficiently incentivised to change its mind.

The President has not been able to work the downstream sector anywhere close to the little he has achieved upstream. The revamp programme for the refineries was a spectacular failure. It has been a hard sell to convince investors to put money in the revamp without getting equity, then allow NNPC (which ran down the facilities in the first place) to operate the refineries after the revamp, and then hope  they could  make their returns from the sale of the  products.  Mr. President’s idea of reducing the billions of dollars lost to subsidising the cost of gasoline import has been to appoint NNPC as the sole importer of the fuel. The state hydrocarbon firm itself admitted it had incurred some $2Billion in “under-recovery”, the Buhari administration’s code name for subsidy, in the 11 months between January and November 2018. The Government has now set aside $1 Billion for under-recovery in the 2019 budget, a lame, wooden, uninspiring document that is filled with less hope than apologia.

Buhari’s Ministry of Power has worked to untangle some of the knots created by the incoherent running of the industry by the previous administration. The messy regulatory issues around Aba Power Plant, the access to meters, the retrieval of power equipment lying at the ports for several years. Still, it’s incredible that the President was not in a hurry to appoint commissioners to run the National Electricity Regulatory Commission, the sector’s regulator.  The NERC Chairman was appointed only  last April. 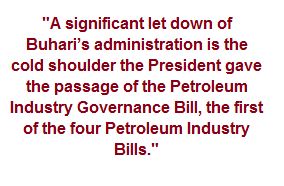 But the big ticket item remains adequate power supply. The Transmission Company is owned and operated by government. At the end of Buhari’s four years, the volume that can be transmitted on the Nigerian power grid reliably and safely is 5,500MW. More than this the grid collapses. Unlike Petroleum, Mr. Buhari has a minister in charge of the Power sector, who has been pushing the principle of “incremental power”, as a bold overhaul of the sector appears elusive. A key part of the problem here is that the regulators are challenged by what they interpret as the President’s body language; NO tariff increase. The minister has chosen a bully pulpit approach to engage investors, in the absence of a fully constituted Regulatory commission.  To Buhari, a cost reflective tariff means higher payment for the poor and so for four years, the several segments of the electricity value chain have been underfunded.  A crisis always presents an opportunity for transformation. In his first term as President, Mr. Buhari will be remembered as wasting Nigeria’s energy crisis.

The original version of this piece was published in the January 2019 edition of the Africa Oil+Gas Report, released January 24, 2019 at the West Africa International Petroleum Exhibition and Conference.

« Activating the Roadmap for Angola
In Uganda, The Winner Takes All »