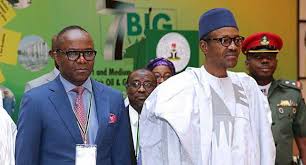 By Prospect Mojiddo, in Warri

The Nigerian government has approved the request to revoke the licences of six Oil Mining Leases (OMLs) and one oil prospecting lease (OPL), in the onshore, shallow water and deepwater Niger Delta basin.

The request was made by the country’s Ministry of Petroleum Resources.

The assets are all held by Nigerian companies.

Revocation is the ultimate penalty for defaulting on royalty payments and the Nigerian government has not always be keen to wield the stick. Indeed, the country is perhaps the most lenient in Africa, in applying the full force of the law on oil acreage rent, especially when it concerns local E&P
companies.

The acreages affected include OML 98, an onshore asset located on the western flank of the Niger Delta, held by Pan Ocean, a company controlled by the Nigerian businessman Festus Fadeyi; OMLs 120 and 121, held by Allied Energy, which has changed its name to Erin Energy and has now gone bankrupt; OML 108, held by Express Petroleum, but whose technical activities are managed by Shebah Exploration & Petroleum, a company owned by Seplat Chairman A.B.C Orjiakor and OML 141, held by Emerald Resources whose principal, Emmanuel Egbogah, passed on recently..

The only OPL among the seven is OPL 206, held by Summit Oil International, a company founded by the late Moshood Abiola, politician and businessman, whose victory at the country’s Presidential elections in 1993 was annulled by the Military.