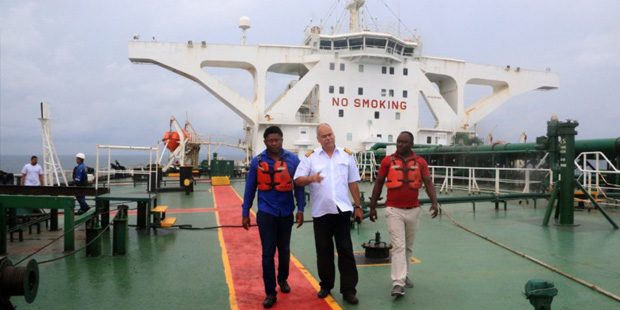 The BGP/IDSL consortium is acquiring the data, which spans 1,300 square kilometres on the surface, covering the Robertkiri, Idama, Inda and Jokka fields in the acreage as well as some adjoining areas.

The surface area of OML 55 is 808 square kilometres, but if the desire is to cover the entire acreage, it is in the nature of seismic acquisition to survey more than the areal size of the asset, to ensure that every inch of the territory is accounted for in the resulting data set.

The survey’s fold of coverage is 180 and the company expects to acquire deeper than six to seven seismic seconds, so it can image possible reservoirs as deep as 14,000feet True Vertical Depth subsea.

“It will take some 20-24 months from now before the entire programme would be completed”, say sources at the Nigerian National Petroleum Corporation NNPC, the state hydrocarbon company and the non-operating Joint Venture partner to Belemaoil. “The entire place is in swamp and security challenges pose a constraint on the timing of the data acquisition process”.

Belemaoil produces about 9,500Barrels of Oil Per Day from OML 55 and is hoping to utilise the seismic data to improve the field development.

« Shell Plots A Return To Angola
The Namibian Government Would Neither Guarantee, Nor Invest A Cent in Kudu Gas Development »