It is Official: Anadarko Takes FID on Moza LNG In June 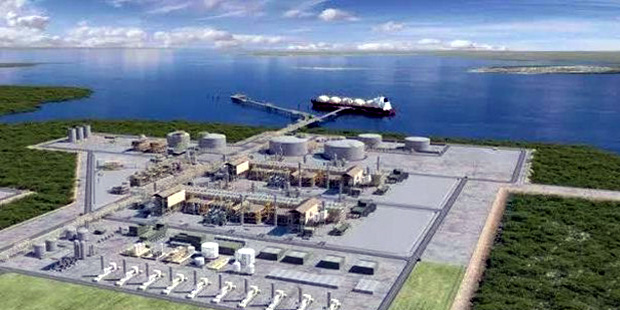 The President of Mozambique and the Chairman and CEO Anadarko Petroleum Corporation have announced plans for Mozambique LNG to make an important announcement during a celebratory event on June 18, 2019 in Maputo.

Africa Oil+Gas Report had reported, last February, that the Final Investment Decision for the Anadarko led 12.8Million Tons Per Annum (Two Train) LNG project in the country, would be taken at the end of March 2019.
That date was delayed and the news that broke around Anadarko, in April 2019, centred on its being purchased by either Chevron or Occidental, both American E&P companies like itself.

Now the project is going ahead.

President Filipe Nyusi and Anadarko CEO Al Walker have jointly noted that all issues under negotiation between the Government of Mozambique and Anadarko have been satisfactorily resolved.

“We expect June 18 will become a historic day in Mozambique as we announce that one of the most important and transformational projects in our country’s history is ready to advance to the next stage,” says President Nyusi. “We recognize Anadarko’s continued commitment to moving this project forward to becoming a reality.”

“With commitments for financing in place, off-take secured, and all other issues under negotiation successfully addressed, we are excited to take the next step with the expected announcement of a Final Investment Decision (FID) for the Mozambique LNG project on June 18,” said Walker.

“Mozambique LNG is among the most significant projects that our company or any other has undertaken, given the scale of the project, size of the resource, and the potential long-term transformational benefits it represents for Mozambique. We are grateful for the continued support of the people and government of Mozambique, our co-venturers, and the thousands of men and women working in the Cabo Delgado region to develop this exciting project. We look forward to celebrating the official sanctioning of Mozambique LNG on June 18.”