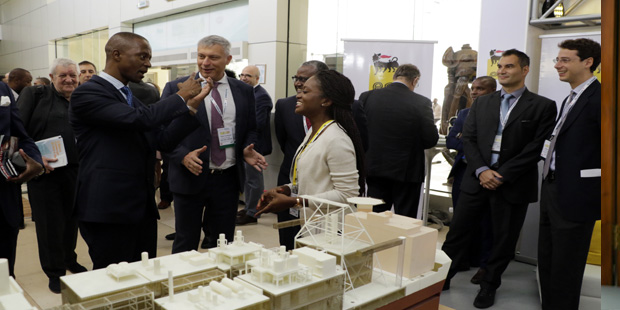 The government of Mozambique has approved the development plan for the Rovuma LNG project, which will produce, liquefy and market natural gas from three reservoirs of the Mamba complex located in the Area 4 block in the Rovuma basin, two of which straddle the boundary with neighboring Area 1.

This is the project that will come after the Anadarko led Mozambique LNG project.

While the 12.8MMTPA Mozambique LNG Project will take FID in June 2019, the 15.2MMTPA Rovuma LNG Project is expected to be sanctioned by the 3rd Quarter of the year.

The development plan approval of the Rovuma LNG project “marks another significant step toward a final investment decision later this year,” says Liam Mallon, president of ExxonMobil Upstream Oil & Gas Company. “The Rovuma LNG project will work to build the local workforce through focused recruitment and skills development”, he adds.

Ernesto Elias Max Tonela, Mozambique’s Minister of Mineral Resources and Energy, says: “This is the third development plan approved in this five-year period to enable the sustainable development of the huge natural gas reserves discovered in the Rovuma Basin and represents the Government’s commitment to ensure the implementation of projects that will drive the development of Mozambique.”

“We want Mozambican entrepreneurs and Mozambicans to be the main beneficiaries of the various business opportunities made available by the multinationals, because we believe that these companies should grow with the national businesses and with Mozambique,” Tonela explains.

The marketing effort for the LNG produced from the Rovuma LNG project is jointly led by ENI and ExxonMobil. Sales and purchase agreements for 100% of the LNG capacity for trains 1 and 2, which together will produce more than 15 million tons of LNG per annum, have been submitted to the government of Mozambique for approval.

“The expected production from the Area 4 block will generate substantial benefits for Mozambique and the Area 4 partners,” contends Alessandro Puliti, ENI’s Chief Development, Operations & Technology Officer. “The development plan details our commitment to train, build and employ a local workforce and make gas available in support of Mozambique’s industrialization.”

The Rovuma LNG partners have developed a series of plans to support community development in line with the government’s priorities. During the production phase, the Rovuma LNG project expects to provide up to 17,000 tons of liquefied petroleum gas (LPG) per annum in Mozambique from Area 4 resources, which is currently about 50 percent of the country’s LPG imports, and will dramatically improve access to energy. The Area 4 partners also plan to distribute up to 5,000 LPG burners and cooking stoves in the Afungi area to replace the burning of wood.

« It is Official: Anadarko Takes FID on Moza LNG In June
Power Crisis: Tariff Escalation Will Plug Leakages from the Nigerian Treasury »