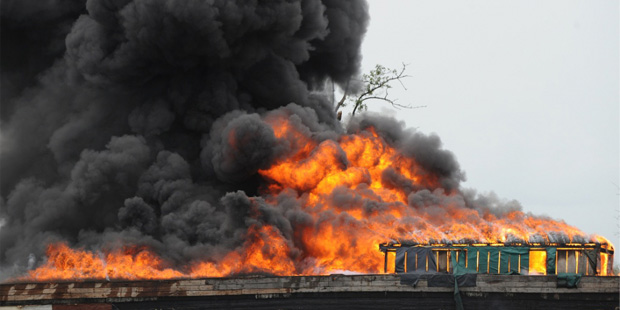 The April 21, 2019 fire outbreak in Awoba, on the Right Of Way(ROW) of the Nembe Creek Trunk Line NCTL, was the second that Aiteo had to put out in the space of six weeks.

The fire last time was reported on March 1, 2019, as having happened, after an explosion occurred in within the vicinity of Nembe Creek Well 7, behind Mile 1 Community in Bayelsa State. The April 24 press release from the company opened on an upbeat note: “the fire reported has been completely put out”, it said.

But a report in the influential local daily ThisDay added that the Nigerian military had confirmed that “at least six persons suspected to be the masterminds of last weekend’s fire incident in the Oil Mining Lease (OML) 29, operated by Aiteo, were killed during the inferno which engulfed the facility”.

Aiteo did not mention the fatality in its press release, although the company had since declared a force majeure on the NCTL.
”A Joint Investigation Visit (JIV) comprising security and regulatory agencies as well as community representatives and Aiteo personnel will be constituted and deployed to the site to attend to the necessary incident formalities”, the release, signed by Aiteo spokesperson, Ndiana Matthew, said.

The mention of a JIV recalls the widely publicized spat between the company and the National Oil Spills Detection and Response Agency (NOSDRA), regarding the earlier fire. The agency had complained that Aiteo was resisting its efforts to probe the cause of the explosion that reportedly occurred on March 1, 2019. “We are experiencing resistance from the operator and we are currently mounting pressure on them for us to be given access to visit the site for preliminary assessment,” Francis Umeh, head of NOSDRA’s field Office in Bayelsa State had said at the time.

Aiteo, in the latest incident, seems to have invested some effort in working with NOSDRA on a joint investigating team. Its statement also said it was “working on further site preparation and mobilisation of specialised equipment to the swamps for further remedial action to facilitate a quick return to full functionality”.

« Shell Took FIDs on Three Projects in Nigeria in 2018
Only One Well is Burning, Chevron Insists »