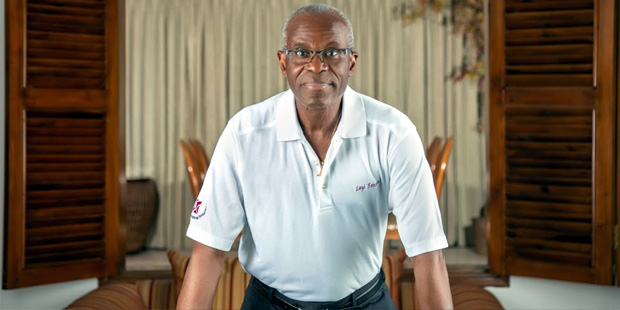 Layi Fatona, Managing Director of Niger Delta Exploration and Production, sees his career in the prism of the geological time scale.

He delivers a lunch hour talk today, May 15, 2019, to the Nigeria Association of Petroleum Explorationists (NAPE), in that context.

“I am presenting my NAPE paper in a characteristically geological age format”, he declares to friends.

The event is the first in a series of events, spread over the next two weeks, to mark his 70th birthday.

The geologic time scale is a system of chronological dating that relates geological strata to time. It is used by geologists, paleontologists, and other Earth scientists to describe the timing and relationships of events that have occurred during Earth’s history.

The earth is 4.5Billion years old. Its oldest rocks were laid in the Precambrian. The current epoch is the Holocene.

Fatona doesn’t confirm whether his own personal Precambrian era is the time he was born, at a town called Ilewo, a satellite of Abeokuta, in Ogun State of Nigeria, on June 1 1949, but he does allow that his time at Geotrex Systems, which became some sort of laboratory for ideas to birth an E&P company, “falls within my Tertiary times of the geological scale”.

A doctorate degree holder in Stratigraphy from Imperial College, London, Fatona joined Shell, the AngloDutch major, in 1974 and has had a total of three careers, leaving Shell early to work at Geotrex Systems, a consultancy firm and moving from there to co-found NDEP, one of the continent’s top, home-grown independents, running the company, in its current form, for 23 years.

At the NAPE Technical session he will speak for one hour on Reminiscences on my 40+ Year Old Journey in the Oil &Gas Industry in Africa.

Two other main events in the 70th birthday programme are a Panel Session scheduled for May 27, designed to interrogate the subject of local entrepreneurship in Nigeria’s E&P industry and an industry lecture, tentatively titled: For How Long More Will the World Need Nigeria’s Oil?” to be delivered on May 30 by Bayo Akinpelu, former Exploration Manager at Chevron Nigeria, and founding President of the Africa section of the American Association of Petroleum Geologists (AAPG).