Will the Drilling Industry Experience A Golden Revival? 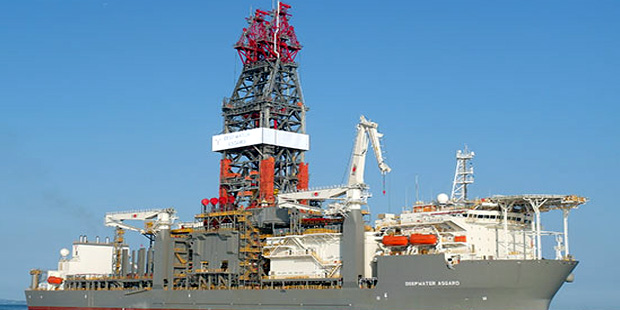 Imagine a somewhat scranny polar bear in search of his iceberg …all he can find is  barren tundra…he knows with his instincts that it was here somewhere but it is gone… is this also the case of our drilling contractor..  will he again find his iceberg?

Could the drilling industry experience a golden revival?

It is estimated  that total free cashflow for all public E & P companies, in 2018, was $325Billion  (Rystad UCube, July 2018).  A sharp contrast with the approximate $30Billion recorded in 2015. Which drillers will be in a prime position to perform the required drilling services?

At first glance the landscape is a checkered one: in the past three years companies have  reduced their dividends, are in various stages of being  in chapter 11, and still others have been taken over or merged. Yet a further glance indicates that two companies—Transocean and Ensco—are in pole position to become the sector’s dominant players: Transocean because of it’s persistent and diligent effort to position itself in the lucrative ultra-deep and harsh weather market; Ensco because of it’s merger with Rowan to become the dominant player in the jack-up market.  Two important players to watch in the current exploration market.

The sector’s  total deepwater fleet consists of 222 rigs. Transocean has 55 harsh environmental, ultra-deep and deepwater and midwater floaters. Their average fleet age is 11 years, and in 2014 it was 21 years. It has  a pipeline of $12.5Billion projects extending to 2028.  Much of its purchasing has been financed by the street and secured to 2024.

The Ensco Rowan merger will give the new combination the largest jack-up fleet in the world: 82 rigs in total, 28 floaters and 54 jack-ups, 38 which are state-of-the art. The merged company has $2.6Billion inventory of projects.

Ensco, founded in 1975, reflects the ebb and flow of the oil market.

With its purchase of Pride International the company gained access to the Brazilian and West African markets. Rowan is symbolic of the US oil industry. A pioneering company which  established an airline, oil company, and innovative rig technology. The Gorilla Class jack-ups were larger and capable of drilling down to 30 000 feet. The company’s policy of being a close-knit family is legendary.

According to one industry source the oil companies are  replacing their extracted reserves at a historic low: in 2015 only 25% while the norm should be 100% . Only replacing 1/3 of their offshore production. Can the industry play catchup?

Given the free cash flow recorded in 2018 ($325Billion) can we anticipate that the industry will enhance it’s depleted reserve rate? But perhaps there is something else playing in the background. Everyone assumes that the recorded free cash flow will become the monopoly of the exploration and development budgets! Could this freed up cash also go to renewables? 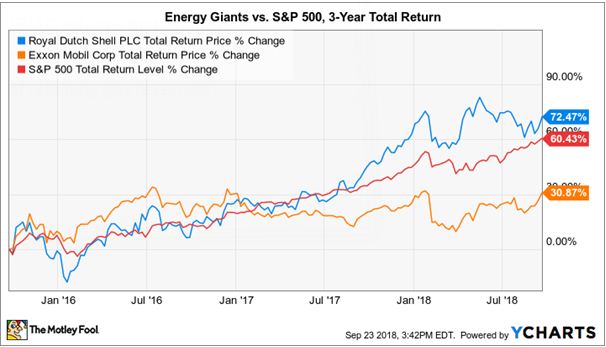 For the first time in the history of the oil and gas  sector  sector we are witnessing that the sector must compete for funding. According to a recently published divestment report from Arabella Advisors fossil fuels divestments now total an eye-popping $6Trillion, with nearly 1,000 institutional investors having pledged to divest from coal, oil and gas under pressure from environmental groups, governments and increasingly conscientious consumers. This  revealed an increase in divestment from the 2016 figure of $5.2Trillion.

Can the track record of both Shell and ExxonMobil, as shown in this graph, be a litmus test for the future? If Post-Paris is factored in, together with a CO2 and other environmental charges what would the return of investment be? The investment power of renewable energy illustrates that the oil and gas sector must take giant strategic steps if it is to remain a dominant market force. Or are we witnessing a structural downsizing of the sector?

Have drillers  gone through a long-term pain for a short-term gain?  Will the polar bear be able to continue to habitating his iceberg home?

Article was initially published in the March 2019 edition of Africa Oil+Gas Report.

Gerard Kreeft, MA (Carleton University, Ottawa, Ontario, Canada) is a frequent contributor to Africa Oil+Gas Report. He is founder and owner of EnergyWise, a company which has, since 2001, managed and implemented oil and gas conferences, seminars and master classes throughout the world and in Angola on an annual basis.