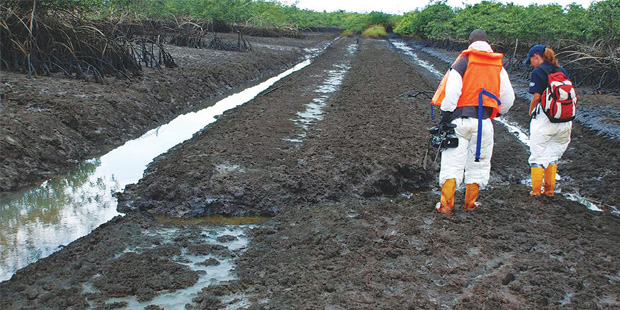 Anglo Dutch major Shell has not concluded negotiations with the Nigerian Government regarding the renewal of its licence to Oil Mining Lease (OML) 11 for the next 20 years.

NNPC, the state hydrocarbon company, has also not taken over operatorship of the asset as directed by President Muhammadu Buhari.

The status update is simply: Shell, (ENI and TOTAL)’s combined 45% stake in the asset has not been renewed.

The very widespread assumption that the companies’ licence to the acreage was renewed stems from the widely distributed copy of the March 4, 2019 letter from Abba Kyari, President Buhari’s Chief of Staff, directing the NNPC to take over operatorship of the entire OML 11, “and ensure smooth re-entry, given the delicate situation in Ogoniland”.

Bouyed by comments from NNPC Public Affairs that Shell had not lost the lease outright but had only lost operatorship, public assumption grew that the company’s 30%, as well as the 15% belonging to TOTAL and ENI, had been renewed. But Shell officials, reacting to an Africa Oil+Gas Report story last Friday, noted that the true status of OML 11 wasn’t reflected in that story. “Please NOTE that OML 11 renewal discussions are still ongoing”, wrote Bamidele Odugbesan, the company’s Media Relations Manager.

The issue has dragged for long.

A new regulation, introduced after Shell had been awarded the acreage in its present form in 1989, instructs that no acreage should be larger than 1,260 square  kilometres (sq km). OML 11 is a sprawling property occupying 3,036sq km, which was why the DPR wanted to carve it up into three parts. Shell contested the DPR’s decision, arguing that “the proposal would unduly punish” the company, which had conducted operations in the asset “legally and in full compliance with the law”. DPR officials sent their proposal to the President anyway, and the regulator was granted the request to cut up the acreage. It was in the week that the agency was expected to submit the proposed new acreages that the NNPC received the instruction to take over operatorship of the entire acreage.

After the initial refusal by DPR, the renewal of licences of OMLs 31, 33 and 36, had been effected, which means that Shell has had licences to 16 of the 17 acreages renewed. Only OML 11 remains.