Why Mozambique Can’t Be an LNG Hub 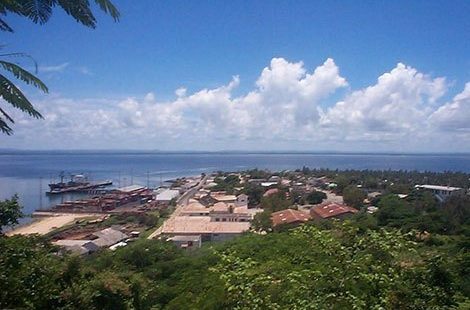 Almost everyone, it seems, expects Mozambique to become a natural gas hub in East Africa; an LNG hub, if you like.

The reserves are there: more than a hundred trillion cubic feet of gas have been discovered in deepwater Rovuma Basin, in the Indian Ocean, since February 2010. A Floating LNG facility, with capacity for 3MIllion tonnes Per Annum, is under construction. Two larger onshore LNG projects, each at least 12MMTPA to start with, are about to receive financial sanction.

So, yes, Mozambique would become a magnet for regional LNG import and export logistics, and the country could supply the length and breadth of the Southeast African region with natural gas, as Africa industrialises. True?

Mozambique’s poor industrial mind-set, for one, is a setback. The shabby neighbourhood which it inhabits, is another minus. With the several trillion cubic feet of gas reserves that have been proven onshore, long before the Rovuma deepwater finds, Mozambique has failed to develop a semblance of industrial capacity. Apart from Sasol-led construction of one power plant 175MW and another new 106MW gas fired plant built entirely by the state , as well as connection of gas to a couple of hundred locations in Mozambique’s commercial cities, there is no linkage of the natural gas resources with the larger economy. Contrast this with Tanzania, its neighbour to the north, with similar sized onshore natural gas resources, which has gradually constructed and expanded a domestic gas market that now edges close to 200Million standard cubic feet per day, one of the top five in Africa.

Mozambican officials lament their smallness; they are shy about what they have. They come across as lacking scale mindedness.

A recent interview with one of the country’s most respected energy leaders illustrates this challenge.

“There’s the potential to become an LNG hub”, Omar Mitha, the personable, charismatic, chairman of the state hydrocarbon company ENH, told The Oil and Gas Year (TOGY), an annual publication detailing hydrocarbon activities in the country. “We are building the oil and gas service centre in Pemba”, he told the publication; “people are interested in the project because it will help logistics. People are bullish on Mozambique”.

But the capacity of its neighbours to lock into Mozambique’s immense resources does not inspire Mr. Mitha.

“We have to bear in mind that the scale is small and bankability is a question from the standpoint of the neighbour’s investment grade”, he explained to TOGY. “If you look at even South Africa, which is a powerhouse in the region, they are not sure about what their power matrix is going to be for the future. If you’re not sure how the market is going to evolve, you can hardly conceive a business model. Our model has to make sense and add value”.

Mozambique is hoping to create a domestic gas market by allocating some of the gas in the Rovuma basin to select companies to build some domestic projects. Shell won the bid to construct a Gas To Liquid Plant, the largest of the three domestic gas utilisation initiatives approved by the authorities

in 2017. It will have a feedstock capacity of around 350Million standard cubic feet per day (MMscf/d). Yara International will develop a fertiliser plant and small power plant, both requiring 78-88 MMscf/d. GL Africa Energy is expected to build a mid-sized 250 MW power plant, to utilise 42MMscf/d.

The feedstock for the Shell-promoted GTL project will be provided from the Area 4 of the Rovuma Basin, where ExxonMobil leads a consortium to develop 15MMTPA LNG plant.

The question is: can the authorities see a larger variety of gas based projects in the country in the horizon? Do they foresee neighbouring countries taking gas from Mozambique for industrial projects? There’s only one fertiliser plant planned for Mozambique, for now and the medium term, and that plant will only offtake around 60MMscf/d.

Listen to Mitha talk to TOGY: “If you have one fertiliser plant in Mozambique, that could supply all of Southern Africa so it wouldn’t make sense to have another plant in the region. It’s a compelling narrative: Once you have the resources in Mozambique, you are well placed to cater to neighbours. But you need to test that business model. I tend to believe we have to be cautious about what the future holds with regards to neighbouring countries, especially the Southern African Development Community”.

Again, the impression he has given is that the African absorptive capacity is extremely limited.

Which is why Mr. Mitha cuts foreign investors in Mozambique some slack for insisting on export projects.

“The reason most projects in Rovuma are export oriented is because there has been a lot of money spent on exploration. To monetise these resources, you have to sell to premium markets such as Japan and China. They are far away, so you need LNG, not pipelines. It’s costly to take pipelines into Malawi and Zimbabwe, the same with refineries and fertiliser plants.

But this line is the most telling of the entire interview that Mr. Mitha granted TOGY: “We will not be a hub of LNG for the sake of it. It has to make sense. You must sell at a price that is viable, because no one else will deploy an investment if it does not provide an ROI”.