Shell Gets Positive Judgement on OML 11 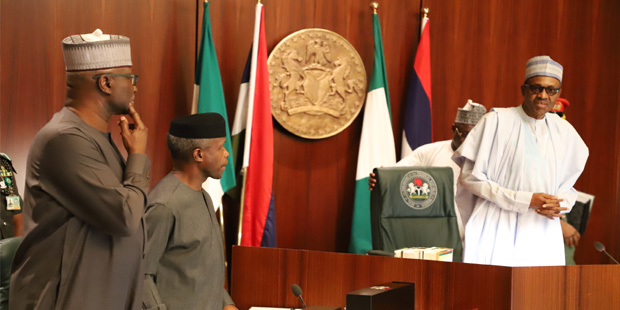 The Federal High Court in Abuja, Nigeria on Friday, August 23, 2019, ordered the Minister of Petroleum Resources to grant the renewal of the Oil Mineral Lease (OML) 11 to Shell Petroleum Development Company of Nigeria for 20 years.

Justice Taiwo Taiwo, in his judgment delivered in a case tabled by the AngloDutch company, ruled that renewal would be for 20 years and not 30, as requested by Shell.

Abba Kyari, President Buhari’s highly powerful chief of staff had, in a letter dated March 1, 2019, written the Group Managing Director of the state hydrocarbon company NNPC to note that President Buhari had “Directed the NNPC/NPDC to take over the operatorship, from Shell Petroleum Development Company, of the entire OML 11, not later than 30, April 2019 and ensure smooth re-entry given the delicate situation in Ogoniland”.

At the time the order was given, Shell was still processing the renewal of the OML 11 licence.

Shell was also, at the time, in negotiations with the Nigerian multi-sectoral company Transcorp, to sell its stakes in the lease to the latter, in the event of the renewal. Some other Nigerian and international companies were considering raising the $1Billion invoice that Shell had presented to Transcorp, for its stakes in OMLs 11 and 17, until Mr. Kyari laid down the gauntlet.

Mr.Kyari’s letter did not contain the word “revoke” and since it only talked about NNPC taking over “operatorship”, a consensus grew that Shell had been granted renewal, but not operatorship.

The arguments in the suit that was decided last Friday, have proved the contrary.

If the government does not appeal the court case, Shell would likely proceed to sell the 45% belonging to it and TOTAL and ENI, in those two acreages.

A secondary lease sale market has grown large in Nigeria in the eleven years since Oando acquired stakes in two Shell operated deepwater leases, in 2008. The market is fed by the lacuna caused by the absence of licencing round in the country since the end of President Olusegun Obasanjo’s tenure in 2007.

The Nigerian treasury itself has not exactly benefited from these sales, as had happened in farm-ins and outright asset sales in Uganda, Angola and Libya in the course of the last 10 years. When the Department of Petroleum Resources staked a claim, for the first time, to 10% of the transaction money, in the last Shell-led bid round, (2014-2015), which grossed $4.6Billion, it discovered a clause in the transaction that said that any payment to government from the deals had to be made by the buyers of the assets. And since the buyers are “poor” Nigerian companies, the DPR found itself on the back foot.