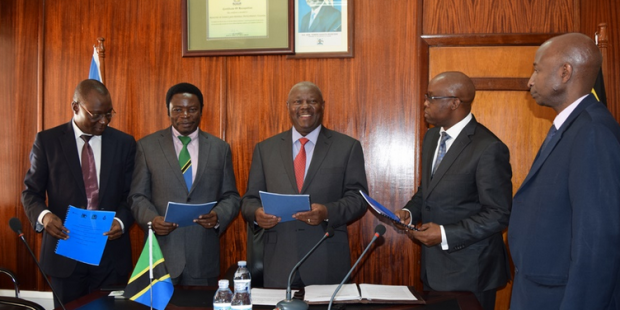 French major TOTAL has terminated its agreement to purchase stakes belonging to British minor Tullow in the Ugandan oilfield project.

TOTAL cites inability to reach common ground on the farm in/farm out, with the Ugandan authorities.

“On January 9, 2017, TOTAL and Tullow entered into a Sale and Purchase Agreement (SPA) whereby TOTAL would acquire 21.57% out of Tullow’s 33.33% interest in the Lake Albert licenses. CNOOC exercised its right to pre-empt 50% of the transaction. As a result, TOTAL and CNOOC would have each increased their interest to 44.1% while Tullow would have kept 11.8%”, TOTAL explains in a release today.

“Since 2017, all parties have been actively progressing the SPA.

“However, despite diligent discussions with the authorities, no agreement on the fiscal treatment of the transaction has been reached.

“The deadline for closing the transaction has been extended several times, clearly demonstrating the endeavours of the parties to find an agreement. The final deadline will be reached at the end of today, August 29, 2019, and as such, the Acquisition Agreement will be automatically terminated”.

TOTAL further avers that “despite the termination of this agreement, TOTAL together with its partners CNOOC and Tullow will continue to focus all its efforts on progressing the development of the Lake Albert oil resources. The project is technically mature and we are committed to continuing to work with the Government of Uganda to address the key outstanding issues required to reach an investment decision”.

TOTAL says its interest “will therefore remain at 33.3% on blocks EA1, EA2 and EA3 prior to the 15% national company back-in, TOTAL being operator of the block EA1 which contains the largest part of the reserves”.

The company “keeps the right to pre-empt any future transactions, in case any party divests part or all of its interest”, it maintains.