Nabbanja Moves to the Corner Office at UNOC 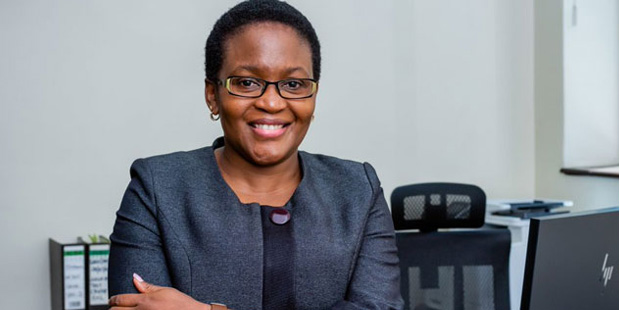 The Imperial College trained 41 year old takes over from Josephine Wapakabulo, who handed in her resignation last May, three years into the job.

Nabbanja had spent her entire career working in the Ministry of Energy and Mineral Development, unlike her predecessor who was hired from outside the sector. She joined the Petroleum Exploration and Production Department PEPD of the ministry in 2000, right out of Makerere University, where she grabbed a Bachelor of Science (chemistry, geology), the first female technical staff to be employed. She rose through the ranks to become Senior Geologist by May 2013, supervising a team of professionals who review the technical proposals from the oil companies, on all oil wells-related issues. The data that her team collected was used to estimate the country’s reserves, from the Government side. She was then promoted acting principal geologist in the PEPD, from where she moved to UNOC at the take-off of the company in 2016.

Nabbanja was essentially Wapakabulo’s deputy all through the three years the latter was in charge,.

Her degrees from Imperial College are a Master of Science in petroleum geoscience and an MBA.

UNOC was founded in 2015 to oversee the commercial interests of the state in the petroleum sector. It holds 10% in the $10Billion Albertine Basin wide oil development and is the parent company of the Uganda Refinery Holding Company.

« Onichabor is the New CEO at West Africa E&P
How We Arrived: From Osuno To Akinyanmi »