Onichabor is the New CEO at West Africa E&P 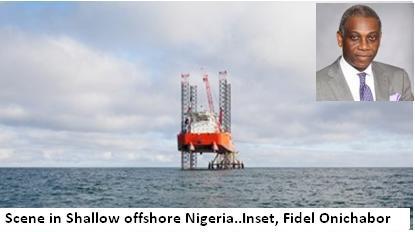 Fidel Onichabor has taken over from James Golden as the Chief Executive Officer of the West African Exploration and Production, the upstream oil and gas subsidiary of the Dangote Group.

He was Deputy Chief Operating Officer at Seplat Petroleum until two years ago. In that role, he oversaw all Exploration, Asset Development & Drilling/Completions activities across Seplat’s four operated and two non-operated acreages. Prior to joining Seplat in 2010, Onichabor was, briefly, General Manager Exploration at Sahara Energy Fields, the E&P subsidiary of the Sahara Group.

But it was in the smithy of the exploration departments at Anglo Dutch Shell that his career was forged.

Onichabor had spent 28 years in that company, one of the largest publicly quoted enterprises in the world, which he joined in December 1980, rising from seismic interpreter through Specialist (Special Seismic Studies) and Team Leader- Onshore Eastern Niger Delta, to retire as Team Leader- Niger Delta Growth Team (charged with the responsibility of developing new exploration plays) in May 2008.

A turning point in his career was the role of Principal Seismologist at Sarawak Shell Berhad, in Malaysia, from 1997-2001

At WAEP, Mr.Onichabor will be seeing to the development of Oil Mining Leases (OML) 71 and 72 in shallow offshore, Central Niger Delta Basin, off Nigeria. WAEP purchased 45% of these two acreages from Shell, TOTAL and ENI for $300Million in March 2015, right in the thick of the crude oil price crash. Now is the time to monetise that investment.