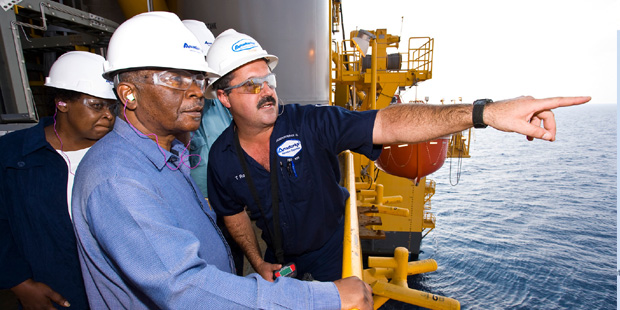 TOTAL has closed the acquisition of Anadarko’s 26.5% operated interest in the Mozambique LNG project and will now be leading the development of the proposed 12.8Million Ton Per Annum (12.8MMTPA) facility.

The Mozambique LNG will valourise some 2Billion standard cubic feet of natural gas per day (2Bscf/d), making it the continent’s largest gas project currently in development.

The French major closed the takeover deal, which includes acquisition of Anadarko’s assets in Algeria, Ghana and South Africa, for a purchase price of $3.9Billion.

TOTAL says it has now received all requisite approvals by the relevant authorities and partners, for the transactions.

The purchase, which now makes TOTAL the largest E&P operator in Africa, commenced on  May 3, 2019, when the Paris based firm reached a binding agreement with Occidental, which was about to buy up Anadarko, to take over all of Anadarko’s interests in Africa. On August 3, 2019, TOTAL signed the subsequent Purchase and Sale Agreement.

TOTAL is taking over the Mozambique LNG project after financial sanction.

The Final Investment Decision for the project was taken in June 2019. The announcement, by Anadarko and the co-venturers in Mozambique’s Offshore Area 1, “confirmed the Area 1 Plan of Development was now effective, with notice provided to the Government of Mozambique that all conditions precedent have been fulfilled, and the project can now advance to the construction phase”, Anadarko said at the time. It would monetise over 75Trillion cubic feet of natural gas in the Golf-Atinho fields in the deep-waters of the Indian Ocean.

The project had successfully secured in aggregate 11.1 MMTPA of long-term LNG sales (representing 86% of the plant’s nameplate capacity) with key LNG buyers in Asia and in Europe. Additionally, the project is expected to have a significant domestic gas component for in-country consumption to help fuel future economic development.

As the new operator take over Africa’s largest greenfield LNG project, Patrick Pouyanné, Chairman & CEO of TOTAL, says the company “will bring the best of our human, technical, marketing and financial capacities to further strengthen its execution. He says that TOTAL “will of course work on the strong foundations established by the previous operator and its partners, in order to implement the project in the best interest of all those involved, including the government and the people of Mozambique.”