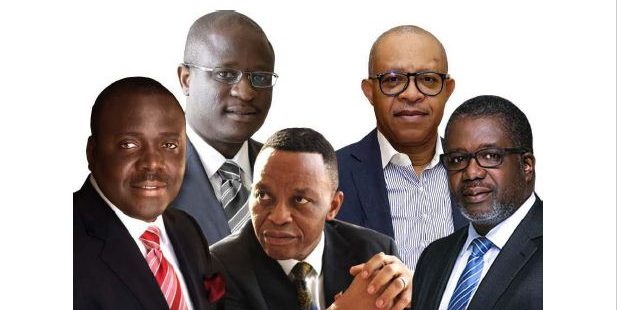 When Ben Osuno was hired by ShellBP Upstream in Nigeria in September 1960, the company’s idea was to mix the expatriate white technical staff with some locals.

After 11 years and eight months in Shell(discounting the civil war period, May 1968-January 1970), the pioneering Nigerian petroleum geoscientist left for a government job and at some point became the Director of Department of Petroleum Resources, the country’s petroleum regulator.

Still, while there have been several generations of homegrown technical staff after Osuno, it took 42 years after 1960 to produce the first Nigerian managing director of a major multinational firm operating in the country.

Basil Omiyi’s appointment as Chief Executive of Shell Nigeria in 2002 was widely greeted as some form of validation of the capacity of the Nigerian to run a large industrial enterprise, but things have shaped up a little differently since then.

Today, it is less fashionable than it was 20 years ago to aspire to be a senior executive in a multinational company. Why not become a founder, co-owner and Chief Executive of an upstream resource company?

The careers that exemplify the new age include those of Layiwola Fatona, Austin Avuru, Emeka Okwuosa and Demola Adeyemi -Bero.

Twenty years after Osuno was hired by Shell, Avuru was a fresh graduate of geology from the University of Nigeria, Nsukka, serving his mandatory National Service at NNPC, the state hydrocarbon company; Fatona was returning home from Imperial with a PhD in Sedimentology; Okwuosa was two years away from a Bachelor’s degree in Engineering at Ife and Adeyemi-Bero was still in higher secondary school in the UK.

Today, Fatona is retiring from Niger Delta Exploration and Petroleum, an integrated company with majority holdings in three upstream acreages in Nigeria and footprints in South Sudan; Avuru is the chief executive of Seplat Petroleum, the only Nigerian firm listed on the main board of the iconic  London Stock Exchange; Okwuosa’s Oilserv operates an upstream acreage in the Republic of Benin and  is the busiest hydrocarbon pipeline construction company in Nigeria. These are some of the industry’s ranking businessmen whose start up stories are profiled in the September 2019 edition of Africa Oil+Gas Report.

Our inaugural PETROLEUM PEOPLE SPECIAL overviews the emerging local and international personnel taking charge of things in the African E&P space. It is part of making sense of the paradigm shift in the industry, for the benefit of our subscribers.

The Africa Oil+Gas Report is the primer of the hydrocarbon industry on the continent. It is the market leader in local contextualizing of global developments and policy issues and is the go-to medium for decision makers, whether they be international corporations or local entrepreneurs, technical enterprises or financing institutions, for useful analyses of Africa’s oil and gas industry. Published by the Festac News Press Limited since November 2001, AOGR is a monthly, 40 page e-copy and hardcopy publication delivered to subscribers around the world. Its website remains www.africaoilgasreport.com and the contact email address is info@africaoilgasreport.com. Contact telephone numbers in our West African regional headquarters in Lagos are +2347062420127,+2348036525979 and +2348023902519.