How Global Energy Dynamics Are Shaping the Outlook for African Exploration 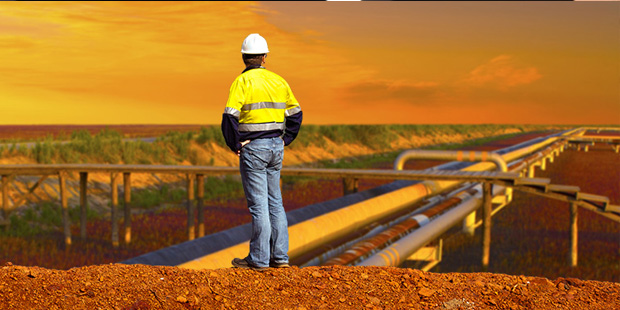 Africa is a continent rich in energy resources, but poor in supply. For most Africans energy is either unaffordable, unreliable or inaccessible. Despite having 15% of the world’s population, the continent still only consumes 3% of the world’s energy, and population growth is likely to outpace even large investment into that economic area. Given that the primary purpose of energy is to promote a better quality of life and improve economic opportunities, the energy sector has so far failed to meet the needs and aspirations of African citizens.

Global energy markets are however undergoing a period of extraordinary change. While the changed supply picture is surely defined by the recent rise of American shale production, the gradual recovery of the oil price and the rise of exploration for the first time since the 2008 recession could both shape a positive outlook for Africa’s oil ambitions and its future energy landscape.

The recent dynamics of the global energy market is one of several years of oversupply and increasing demand amidst a weakening global economy. Against the backdrop of these long-term factors, there is also the reduction in investment in major new projects during the economic downturn to consider and the recent events developing in Saudi Arabia, which are still yet to be felt. It’s what many experts and consultants now think may lead the market into a long-awaited supply crunch. This will require oil companies to either increase production or rely on dwindling reserves. As the FT notes,  some companies would need to raise investment into new production by as much as 20% to avoid a supply crunch. A challenge that is further exasperated by the necessary transition many companies are keen to make towards a cleaner energy portfolio.

The historical volatility of the market should therefore be considered as growth continues to move away from developed countries. There is often an overconfidence in the supply side of global energy, because the general public and even writers who cover the industry underestimate how much time is needed to address an under-supplied market. People outside the industry itself frequently overlook the reality that upstream development can take years even in areas with vast potential.

In the meantime, a host of new finds on the continent continues to stimulate debate about Africa’s emergence as a big oil and gas player. The scale of the discoveries in Kenya and Uganda had left Total, Tullow, and CNOOC considering investment in a multibillion-dollar pipeline on the east coast, although talks have recently been suspended over a tax dispute. Kenya did sell its first ever shipment of oil last month for $12 million, but full oil production isn’t expected to start until 2022, with a new oil pipeline planned to be built next year. After work stalled in Uganda, Wood Mackenzie’s Jon Lawrence told the FT that he believed there is “an over-optimism in the market both about the ease and time needed to develop east Africa’s big discoveries.”

Investing in local infrastructure and creating an appealing fiscal and regulatory regime that align with the long-term interests of private companies are not overnight ventures. This ability to execute across the entire value chain requires good governance and will remain the biggest challenge to the development of Africa’s energy market. Yet hosts of new finds across Ghana, Senegal, and South Africa to name a few, as well as the major energy producers Angola and Nigeria continue to eagerly present the case. Huge Chinese investment has now found its way into Niger and Chad.

The case is further strengthened by the abundant renewable energy that African countries have the potential to harness. An International Energy report has even suggested that by 2040 renewables could provide more than 40% of Africa’s power. Foreign investment into the continent and subsequent economic growth could provide a model that allows the region to remain a committed exporter to global markets without neglecting the energy requirements of the region itself.

As well as this, the new emission standards to be announced by International Maritime Organization in 2020 are likely to spark a demand for IMO-compliant products, curb the use of ships and disproportionately affect Middle Eastern crude oil which is high in sulphur. Comparatively, the high quality of Africa’s resources and its strategic location between all the major energy import markets of Europe, America, and Asia make it prime for exploration and production.

This has already attracted the supermajors to the African shores. BP has begun exploration off the coast of Cote d’Ivoire where Tullow has also been granted a licence, while ExxonMobil has entered Ghana, Namibia and set up an offshore site in Mauritania. After 9 years of presence in Africa, we have already visited 48 of the 54 countries. In our personal experience from operating across the continent we’ve found reliable and strong partners who have the knowledge, strategic vision, and appetite for foreign investment that can develop growth. If a supply crunch does emerge and keeps prices high, the rationale to invest in exploration and production will continue to shape the outlook for Africa’s energy market.