Now, More Than One LNG Project for Mauritania 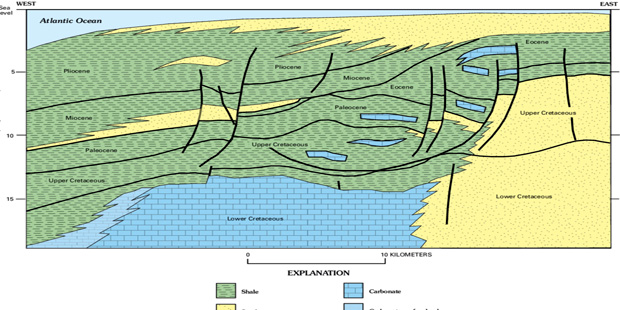 It has provided the British giant and the American junior, the confirmation of a possible second LNG project after the one already sanctioned.
The well targeted a previously untested Albian play, exceeded pre-drill expectations encountering 36 metres of net gas pay in excellent quality reservoirs, Kosmos Energy gushed in a statement. “Orca-1 extended the Cenomanian play fairway by confirming 11 metres of net gas pay in a down-structure position relative to the original Marsouin-1 discovery well, which was drilled on the crest of the anticline”.

The well location, approximately 7.5 kilometres from the crest of the anticline, proved both the structural and stratigraphic trap of the Orca prospect, which was estimated as having a mean gas initially in place (GIIP) of 13Trillion cubic feet (Tcf) of gas.

In total, we believe that Orca-1 and Marsouin-1 have de-risked up to 50Tcf of GIIP from the Cenomanian and Albian plays in the Bir Allah area, more than sufficient resource to support a world-scale LNG project. In addition, a deeper, untested Aptian play has also been identified within the area and surrounding structures”, Kosmos remarks.

The BP-Kosmos Energy consortium, in partnership with the state hydrocarbon companies of Senegal and Mauritania, took final investment decision for a 2.5Million tonnes per annum of LNG in December 2018. Commercial production for that project is scheduled for 2022.
This new discovery, from all reports, offers the opportunity for another LNG project.

“The Orca-1 result demonstrates highly calibrated AVO, which together with our exploration track record provides further confidence in our ability to predict the presence of high-quality gas charged Cenomanian and Albian reservoirs within the 400-kilometre long inboard Mauritania/Senegal gas basin2, Kosmos explains.