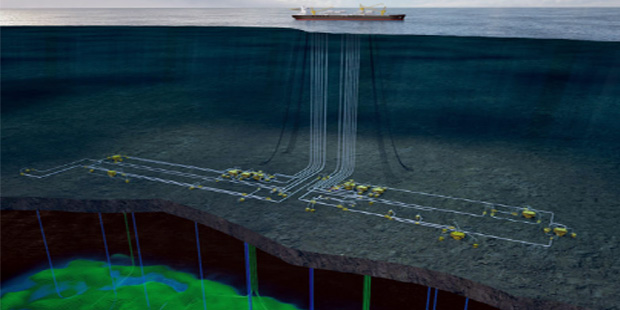 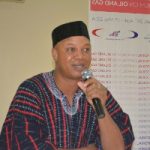 By Adam Mutakawilu, Member of Parliament

The Government of Ghana has worked in the last few days before Christmas to rush through Parliament significant changes to the upstream petroleum sector regime.

Government requested Parliament to ratify within 9 days and 25 December:

This “Christmas present” represents the most radical political attack on Ghana’s upstream petroleum sector since the commencement of the fourth Republic. The immediate impact of the proposed amendments will be to emasculate state policy making, state regulation, and state commercial participation in the upstream oil and gas (O&G) Sector and collapse local content development.

THE DIRECT BENEFICIARY of these giveaways will be the Norwegian Multinational, AKER which owns and controls both Aker Ghana and AGM. The direct loser in is Ghana.

The cumulative the medium to long term effect of all these giveaways will be a loss of national control over our precious petroleum resources which will lead among other things to:

These amendments have far reaching consequences and serious implication for Ghana upstream petroleum industry beyond AKER. These amendments will lead to demands from Contractors across the board for review of their current Contract terms in order to achieve parity of treatment.

It will be recalled that In April this year the Ministries of Finance and Energy submitted another joint memorandum to Parliament requesting radical changes to the AGM Petroleum Agreement (PA).

Parliament, in its wisdom, imposed conditions on the ratification of the PA amendments (which conditions Government does not appear to have met). And as fate would have it, AGM made a significant discovery within two months of Government’s attempt to give away these important resources. A government with the national interest in mind would have demanded a review of the concessions sorecklessly offered in April. Rather, just 6 months later the same ministers that worked to assist Aker in its plunder of national resources have the temerity to come back to Parliament demanding more concessions for Aker and making arguments about unfair “economic balance”.

The Minister of Energy purported to have procured a legal opinion on the constitutional and legal implications of the proposed amendment of petroleum agreements. Whilst it is correct to state that the effect of the stabilization provisions of the PAs is to prevent legal and regulatory changes from adversely affecting the operations of the upstream operator, it is absolutely not correct to state that there is a constitutional and contractual obligation not to effect changes to laws, regulations and rules that have bearing on the operations of international oil companies. The State’s obligation is to restore the economic balance of the agreement.

In achieving economic balancing, it is not enough to indicate that laws have changed. The Parties must be able to identify the economic balance that existed at the inception of the investment. They must demonstrate quantitatively how the new legislation has upset this balance and materially disadvantaged it. This then becomes the basis for negotiating a set of appropriate compensatory measures.

Certainly, where Parliamentary ratification is required the Executive must facilitate the exercise of Parliament’s supervisory role by concretely demonstrating all of these elements and the appropriateness and timeliness of the compensatory measures proposed. The Executive has not been able to do that. All they expect is for Parliament to take their word for it.

Curiously the memorandum asserts that a first amendment to the SDWT PA was ratified on 3 May 2019. The Hansard shows that Parliament explicitly maderatification of the SDWT PA conditional upon:

Parliament tasked the Minister for Energy to address these issues and report back to it within six months i.e. by 3 November 2019. The Minister has not reported back to Parliament.

In those circumstances for the Executive (and much more the Company)to represent to the world that the PA was ratified is grossly disrespectful to Parliament and contemptuous of this National Institution.

This provision obligates the Minister to provide “reasonable assistance” to ensure that Contractor obtains all licenses, consents and/or authorisations” required for its work and to reduce the costs due to delays in obtaining such permissions. We do not have a copy of the actual language proposed for the AGM PA; however we assume it is the same as that proposed for the HESS PA.

This most unusual amendment makes the Minister the errand-boy for Contractors and undermines the autonomy of regulators and permit givers who are not necessarily under the authority or jurisdiction of the Minister.

This provision says that the Minister has no longer has authority in approving or rejecting a Plan of Development to determine what technologies will be used in developing and producing Ghana’s hydrocarbon resources. The Minister is obliged to accept today that AGM will utilize FPSO technology regardless of what conditions might be found to prevail in a Discovery Area and regardless of what technological advances in development and production technology in the next few years.

To make such a determination of development and production technology before the Contractor has even appraised its first discovery is, to say the least, unwise from an economic, safety, and technological development perspective; and is certainly not“Industry Best Practice”.

Recent developments with regard to the condition of FPSO’s operating (the Tullow Turret Incident etc.) in our Offshore Areas and the adverse impact recorded on production and therefore on state revenues must alert us to the dangers of suchcarte blanche concessions.

iii. Taxation and other Imports

The amendments to exempt Transaction between Sub contractor to sub-contractor are unacceptable as it would have similar consequences as said above. Aker and AGM will be exempted from import duty, VAT and all sorts of other taxes.

However,the indirect taxes are not a cost to the Aker and AGM as it avails input credit.

A lot has gone wrong and continues to go wrong in Ghana’s energy sector under President Akufo-Addo. It has gotten to the point that whenever we see a joint memorandum from the Honourable Ministers of Finance and Energy we are filled with trepidation.

Ghanaians have not yet recovered from the PDS scandal.

COMMITTEE ON MINES AND ENERGY

« TOTAL Bets on Angola for the Next 25 Years
Africa Oil Finalises Acquisition in Agbami, Egina »