In the last 30 Years, the Nigerian Gas Market Has Evolved 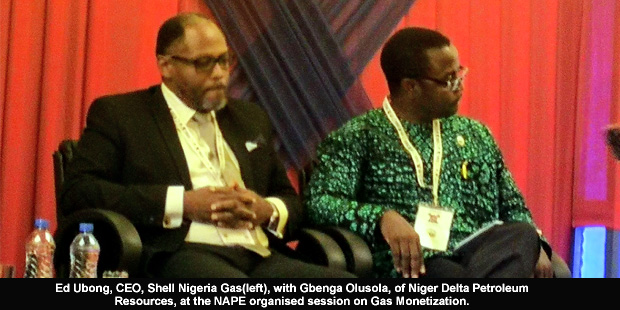 “When people talk to me about gas monetisation in Nigeria, I ask: when was the first real big step?”, Ubong told a group of over 150 delegates, most of them petroleum geoscientists, at a recent Session on Gas Monetisation in Lagos.

Although Shell was supplying natural gas to customers in Aba, in eastern Nigeria, as far back as the early 1960s, the really big initiative for gas market development was still some years into the future, Mr. Ubong told his listeners.

“I think that the date was 1989, when government passed the LNG Act. It was a landmark year for export gas. It was also a landmark year for domestic gas (DomGas) because that was the year the ELPS-(Escravos-Lagos Pipeline System), the single largest gas infrastructure in Nigeria, was commissioned”.

In the thirty years since then, country’s authorities worked on infrastructure as much as they did on policy framework, sketching out the shape of what has so far become one of Africa’s largest natural gas markets.

“Fast forward to 1995, NLNG had taken FID on its train. Another ten years to 2006, two trains had been completed. Export gas heading on an upward curve. A success story”, Ubong showed in his historical, calendar based analysis. “At about the same time NLNG took FID, there was a big company in Eleme, a petrochemical plant. Big massive facility, fantastic and world-class. By 2006, it was up for its first privatisation”.

This was a sign that while the export gas was on an upward trajectory, there was a domestic gas deficit, Ubong explained to the delegates, at the session, titled Gas Monetization in Nigeria – Need for Concise Strategy, organised by the Nigerian Association of Petroleum Explorationists (NAPE).

“Things were not quite working and there were various things that were done to try and fix it. You will remember the NIPPs (Nigerian Independent Power Plants), power plants in the Delta, seven of them initially, later on it became 11. Let’s get power to these power plants. There were different thought processes going on.

“The year 2008 was also important for the gas industry. We created the DSO-Domestic Supply Obligation. The National Gas Supply Pricing Regulation became law in the same year. In 2008, the Nigerian Gas Masterplan was adopted. It was in 2008 that we started hearing words like MYTO- the Multi Year Tariff Order in the Power Sector. It was also in 2008 for many people that it became clear that Nigeria was interested in gas as a business. There were laws and regulations, some we did not like, some we thought we could work with and all of that. And it is important because if you consider the period between 2008 and 2009, during which time Seplat moved to buy Shell assets, the core of Seplat assets is all gas. If these regulations where not in place, the valuations would have looked a lot different. In 2011, Niger Delta Petroleum led a consortium to purchase a stake in Oil Mining Lease (OML) 34, possibly still the biggest gas producing block in Nigeria. There was some sort of clarity and direction. If you map it, you’ll see a lot of players emerging between that period and now. Significant expansion work done by Axella in the Lagos Area, building its infrastructure; significant work done by SNG(Shell Nigeria Gas) developing industrial clusters in Ogun State; the emergence of the likes of Falcon Corporation, supplying gas in the Ikorodu Corridor. Things begun to happen when there was some regulation that indicated direction”.

Full text of Ed Ubong’s presentation: Where to Put the Investment Dollars in Nigeria’s DomGas Market, is available in the December 2019/January 2020 issue of the Africa Oil+Gas Report.