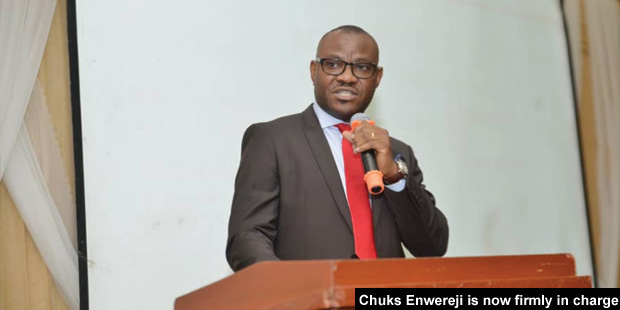 Ote Enaibe has taken the final bow from the stage as Chairman of Africa’s only Association of Hydrocarbon Drilling Professionals.

The Executive Committee that he led, handed over the baton to a new guard at the end of November 2019.

It was the third baton exchange since the Nigerian Chapter of International Association of Drilling Contractors (IADC) was launched in 2011.

Mr. Enaibe, whose daytime job is Group Sales Marketing Manager at the Nigerian drilling firm Depthwize, had a busy tenure, to go by his own telling at the 8th Annual General Meeting, his last conference as the top boss.

The Chairman attended the Drilling Africa Conference 20th-21st February 2018 in Portugal, where he canvassed for IADC Nigeria to host the next Drilling Africa Conference 2020. Visa provision difficulty and perceived insecurity issues led to IADC Committee recommending the closest option as Accra, Ghana (which does not have an IADC chapter). IADC Nigeria attended the Department of Petroleum Resources (DPR)-Rig Operators Conference in Port-Harcourt on October 10, 2018. The DPR’s 18th International HSE Biannual Conference held in Lagos from November 26-28 with IADC fully represented: the Vice-Chairman doubled as a panelist; and the chapter’s administrator and Treasurer were members of the Conference Planning Committee.

IADC held two Technical Sessions in the year 2018, starting with a Business Outlook seminar at its Secretariat in February, keynoted by Dolapo Oni, (then) Head, Energy Research at Ecobank. The second quarter of that year featured the annual Health Safety and Environment (HSE) Award, co-located with a technical session at which Ubong King, a motivational speaker, Moses Tsado of NipeX and Emmanuel Opaleye of the DPR addressed the proceedings. Cardinal Drilling won the HSE Award for the year 2017, presented at that event. Hisham Zebian, IADC Representative Middle-East and Africa, was present. The 7th Annual General Meeting took place on the 7th of December to wrap up the association’s business year with total attendance of 103 persons at all organised events.

Mr. Enaibe told the general meeting that IADC Nigeria deepened its relationship with government agencies under his watch.  DPR, the industry regulatory agency and NipeX, the arm of the state hydrocarbon company NNPC with responsibility for administering the contractors’ database, featured prominently at IADC Nigeria’s HSE Awards ceremony. Such is the depth of the IADC Nigeria/NipeX relationship that no service company can partake in bidding process in NipeX-for drilling- without an IADC Nigeria Local Certificate. Nor can any local company partake in rig bidding be it land, swamp, offshore or deepwater without possessing the IADC Nigeria Chapter Certificate.

ACTIVITIES BEGAN IN 2019 with set mandates and the sum of ₦23,625,000 (¬$65,000) approved as budget by the Board of Trustees (BOT) at the 2018 AGM to achieve the IADC Nigeria’s functions for the year. Technical session for the first half of the year was held in the same event with the HSE Award on June 11. The Chinese Consular-General in Nigeria presented a paper on Chino-Nigerian business relationship, after which Rotimi Ashely-Dejo (one time top drilling engineer with Chevron Nigeria Limited), delivered a talk on Well Control. KCA Deutag won the HSE Award for the year 2018. 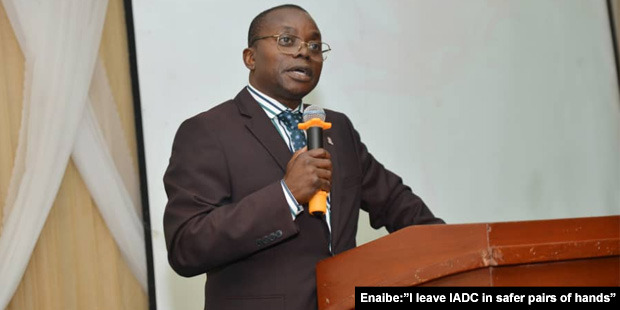 The IADC Nigeria resolved in the year to

The association’s constitution dictates the Chairman’s position to be replaced by the Vice-Chairman who served with the former. The three elective positions are Vice-Chairman, Treasurer and Secretary. The voting process for Executive Committee members must have a member company recommending a person from their rank who’s then ratified by two member companies and if unopposed gets selected for the role.