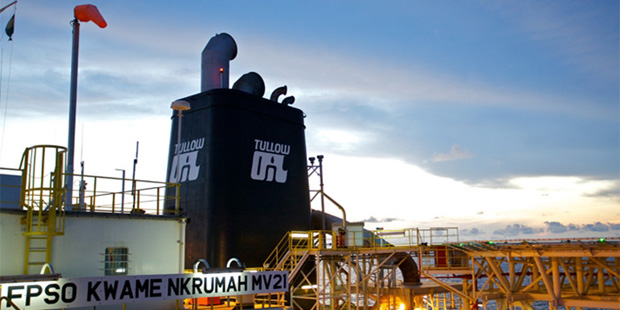 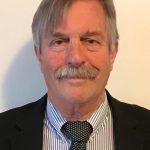 Tullow Oil’s shares on the London Stock Exchange suffered a price collapse of about 70% on December 9, 2019, representing one of the worst single day performances in the past decade by a significant London-listed company.

The Financial Times’ article on the event, titled: “Tullow’s troubles shake investor trust and raise prospect of sale”, reported that more than £1.4Billion was wiped off Tullow’s market capitalization, valuing the company that was once worth more than £14Billion to a little over £560Million.

Tullow’s share price collapsed when the company surprised investors in its December 9 press release that its oil production forecast was significantly lower than previously forecast, and also that it was suspending its dividend. Tullow also announced that CEO Paul McDade was leaving with immediate effect after more than a decade at the company and that Angus McGoss, director of exploration was departing with immediate effect along with the CEO.   McDade was appointed chief executive in 2017, replacing the Irish businessman Aidan Heavey, who founded Tullow in 1985.

Tullow’s oil fields in Ghana, especially its flagship Jubilee field, are very important for the company since they make up 70% of its oil production.  In its December 9 announcement, Tullow stated that a number of factors had caused the reduction in its production.  In the Jubilee field, the factors include significantly reduced offtake of gas by the Ghana National Oil Company which Tullow makes available at no cost, increased water cut on some wells, and lower facility uptime.  At Enyara, one of the TEN fields near Jubilee, mechanical issues on two wells have limited stock time available and there is faster than anticipated oil production decline in this field according to Tullow.

Even before the December 9 announcement, the share price suffered a major drop when, on November 13 the company announced that two of its oil discoveries offshore Guyana, which initially appeared to be very promising, in fact contained heavy oil which according to oil industry analysts infers that the discoveries may not be commercially viable.

Where does all of this leave Tullow?  The company has always described itself as “Africa’s Leading Independent Oil Company”.  Indeed, Tullow’s first step as an oil company was in the late 1980’s, developing onshore gas fields in Senegal with the gas delivered for domestic consumption.  Accordingly, Tullow often described itself as a company “born in Africa”.  Since those early days, Tullow has embarked on projects far away from Africa with exploration programmes in Jamaica, Guyana, Suriname, Uruguay, Peru, the Comoros and Pakistan.  Perhaps Tullow might have been better off “sticking to its knitting” by keeping its focus on Africa rather than being diverted elsewhere.

Tullow has a track record of successfully supporting African countries to develop their oil and gas resources.  Over the years Tullow has had or continues to carry out exploration and production activities, both operated and non-operated in many African countries including Mauritania, Senegal, Ivory Coast, Ghana, Gabon, Equatorial Guinea, Congo Brazzaville, Angola, Namibia, Zambia, Uganda, Kenya, and Ethiopia. Tullow has built up strong relationships with African governments, national oil companies and also the local populations with its innovative corporate social responsibility programs.  It is the view of this author that this provides Tullow with a solid foundation to continue to be a major oil and gas explorer and producer in Africa.

Tako Koning is a senior consulting geologist based in Calgary, Canada.  He was employed by Texaco as a geologist and manager for almost thirty years from 1973 – 2002.   He began his career with Texaco in Canada but has also lived and worked in Sumatra, Indonesia (7 years), Lagos, Nigeria (3 years) and Luanda, Angola (20 years).  Koning served as a consultant in Luanda, Angola for Tullow Oil (2003 – 2009) and for Gaffney, Cline & Associates (2010 – 2015).  He has been a member of the Africa Oil + Gas Report’s International Advisory Board from the inception of the magazine in 2001.  He has B.Sc. in Geology from the University of Alberta and a B.A. in Economics from the University of Calgary.

« Nigerian Indies Are the Chief Defaulters of Tax Payment
In Africa, the Oomph Will Continue in 2020 »