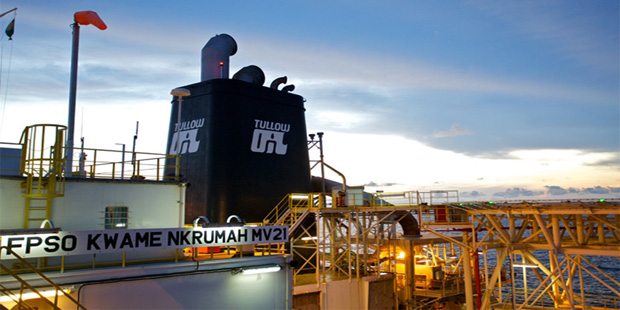 Tullow Oil’s board of directors saw off the company’s Chief Executive and its ‘legendary’ exploration director,  then  turned  to shareholders to give a host of reasons why things were not working the way they should.

In just about every line in its statement, the company pleaded it had failed the market, with hardly any upbeat tone in the messaging.

With the benefit of hindsight, one can justifiably ask: Why won’t there be an immediate, headlong crash in the stock price?

Tullow Oil had known that production in Ghana, which had delivered for nine years, was not going to continue on the ascent. No drop of oil was coming from Uganda and Kenya, the next big projects, in the next four years.

The statement made too much fuss of the gas offtake in Ghana; it certainly is not one of Tullow’s main revenue earners.

But most importantly, The Board‘s statement struggled to show that what had happened in the course of the second to third quarter operations were very minor slips in an otherwise smooth journey.

It is curious that Tullow readily let go of Angus McCoss, the geoscientist who, since he came on board in 2006, had superintended discoveries in Ghana, Kenya, Cote d’Ivoire and had helped clarify the link between the West African cretaceous margin and the hydrocarbon fairways of the Caribbean Islands, including Guyana and Suriname (a concept that a big player like ExxonMobil has exploited for its own good). That this conceptual thinking had succeeded in practice, over and above the SouthWest Africa/Brazil conjugate link, should make Mr. McCoss something of a rock star in the geoscience community.

Even though none of the two executives, let off, were accused of graft, and Tullow’s debts had not yet reached unmanageable territory (no near-term debt maturities), there were some uncanny parallels between the several statements made by (the defunct) Afren Chairman Egbert Imomoh, in the course of his company’s fall in 2014, and the press release by Tullow’s Chair, Dorothy Thompson, who, like Imomoh, proceeded to take over the CEO function in the interim. Both leaders came across as begging on their knees, rather than come out boldly and assertively, to provide sunny optimism. Tullow’s story is far better than was painted in the December 9, 2019.  The crash in stock price came about as a result of an unnecessary own goal. This is the view of Africa Oil+Gas Report.