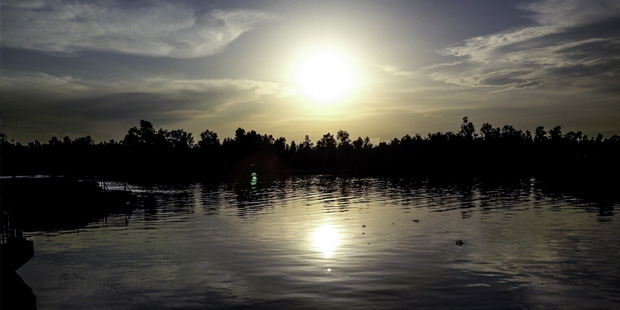 Four soldiers of the Joint Task Force of the Nigerian Military, guarding the Belemaoil operated Oil Mining Lease (OML) 55 in Rivers State in the Eastern Niger Delta, were killed when pirates confronted a gunboat on a creek in the licence area.

The soldiers were killed on the Buguma Creek.

Details are still sketchy, and Belemaoil officials say they are still conducting their own investigations.

The perspective that Africa Oi+Gas Report gets from the company is that the confrontation that led to the killings was not targeted at Belemaoil.

The Nigerian independent acquired Chevron Nigeria’s 40% of the JV asset in 2014, with the state hydrocarbon company NNPC holding 60%.  It is currently ‘carpeting’ the acreage in three dimensional (3D) Seismic Survey. The BGP/IDSL consortium is acquiring the data, which spans 1,300 square kilometres on the surface, covering the Robertkiri, Idama, Inda and Jokka fields in the acreage as well as some adjoining areas.

At a time when there’s very little exploration in the country, the OML 55 survey is one of the largest seismic acquisitions in the swamplands of the Niger Delta.

The surface area of the acreage is 808 square kilometres, and the programmed fold of coverage is 180. Belemaoil expects to acquire deeper than six to seven seismic seconds, so it can image possible reservoirs as deep as 14,000feet True Vertical Depth subsea.

It is in the nature of seismic acquisitions to survey more than the areal size of the asset, if the desire is to cover the entire acreage, to ensure that every inch of the territory is accounted for in the resulting, processed data set.

Jack Rich Tein, Belemaoil’s founder and chief executive, is reputed to be a community friendly ‘son of the Niger Delta’, but that hasn’t shielded OML 55 from the incipient violence in Rivers State. Indeed, there has been a spike in kidnappings of oil workers in Rivers State in the last nine months, from the run up to the February-March 2019 elections through the several months in the aftermath.

No other state in Nigeria’s oil rich belt has been as overwhelmed with criminality, in recent times as Rivers.

The OML 55 survey was supposed to take 20-24 months from November 2018, meaning that it would have been completed by November 2020.

Belemaoil produced about 8,000Barrels of Oil Per Day from OML 55 in October 2019 and it is hoping to utilise the seismic data to improve the field development and increase production by at least a factor of three.

« The Bullfrog Was an Unusual Probe, TOTAL Explains
Nigeria: Rig Activity is Up by Six in Three Months »