Sarki, New DPR Director, Was Not on the Radar 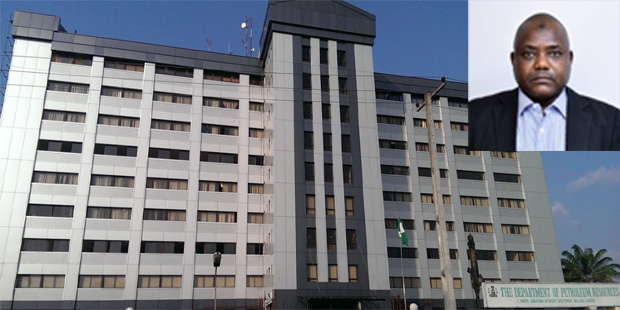 The appointment of Sarki Auwalu as the substantive Director of the Department Petroleum Resources (DPR) by President Muhammadu Buhari was far away from any calculation of most people close to the Nigerian Ministry of Petroleum.

It certainly had nothing to do with the recommendation of Timipre Sylva, the Minister of State for Petroleum, who supposedly runs the Ministry on a day to day basis, but is hardly consulted by President Buhari, the dejure minister, on petroleum affairs.

An Assistant Director at the regulatory body at the time of his appointment, Auwalu, with an engineering career spanning 21 years, is the lowest ranked officer to take the reins of the DPR in 30 years. But the regulatory agency officially dismisses this characterization. “His appointment was made by the President of Nigeria”, says a terse statement from the DPR’s Public Affairs Division, in response to our query, “and further, Assistant Director and Deputy Director positions in DPR are strictly by appointment”.

Previous DPR Directors of the last 30 years have included Ben Osuno, the first Nigerian geoscientist to be hired by Shell (1960), which was at the time the only producing company in the country. He left the DPR in 1989, succeeded by Jibril Oyekan, who was seconded from the Ministry. Oyekan was succeeded by Dublin Green, who was succeeded by Peter Achebe. Mac Ofurhie, Tony Chukwueke, Aliyu Sabonbimi, Billy Agha, Andrew Obaje, Osten Olorunshola, George Osahon, and Mordecai Ladan have been directors of the agency since.

It’s true that Auwalu’s predecessor, Ahmad Shakur, who stepped in as acting director last June, following the expiration of the tenure of Mordecai Ladan, was still knocking doors to have his acting appointment substantiated, when the news of his ouster came. But whereas Shakur’s critics were citing his credentials as disadvantaged because of his non-technical background, they weren’t exactly considering an assistant director shooting to the head of a management group consisting of eight Deputy Directors. Checks by Africa Oil+Gas Report indicate that all the Deputy Directors have taken Mr. Auwalu’s double promotion in good faith and are willing to work with him, but why did Abuja insist on picking an officer from below the ranks of Executive Management?

Here are some of  the feelers we got: (1)The appointment was recommended out of the ‘villa’ (as the office and Residence of the Nigerian President is called) by those who make the strategic appointments, (2) Sanni Hassan, Deputy Director and head of DPR’s influential Basin and Lease Administration, was considered for the job, but he happens to come from the same state and local government as Mele Kolo Kyari, Group Managing Director of the NNPC (3)President Buhari’s kitchen cabinet needed someone at the helm of the regulatory body, who would feel grateful to them,hence the decision to pick an Assistant Director.

Mr. Auwalu, who is stepping into these big shoes, is likely to superintend the country’s first licensing round in 12 years. For this he has the

opportunity to be as transparent as he possibly can. It is the one currency he badly needs to deliver on this important job and to shame those who are convinced he was handed the job in order to dispense patronage. A key challenge of regulatory agencies in

Nigeria is the difficulty of civil servants to escape regulatory capture.And the DPR is not immune.