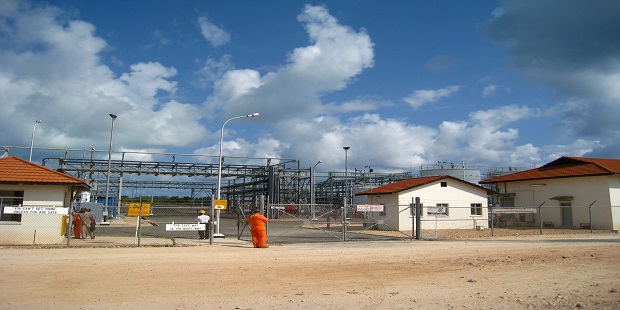 In his insightful piece on the discovery of the giant Zohr gas field in Egypt, Marco Alfieri, the Italian journalist, wrote about the context in which ENI decided to risk taking the acreage in which the field was found.

“With the fall of the Muslim Brotherhood, the new government of President Sisi started to pay the old debts”, Alfieri wrote. “In a few months they renegotiated gas contracts. Production in the country was falling, and new hydrocarbons would have to be found from exploration”.

Zohr was discovered in mid-2015; some thirty trillion cubic feet of gas in deep-water Mediterranean Sea.

Just two years before that, the conversation around gas sales in Egypt was very much different than the environment that Alfieri painted.Egypt’s conspicuous domestic gas consumption, the largest in Africa, is fed by production by the International oil companies. The companies pump their gas output into the Egyptian national grid, operated by EGAS, the government company responsible for distributing the molecules to power plants, industries and households at a very high subsidy.

Egyptians enjoy piped gas at home, are advantaged with one of the highest per capita electricity supplies on the continent and operate more Petrochemical plants than anywhere in Africa outside South Africa. But the companies who produced the gas neither got paid on time nor (in their view) sufficently.

GAS PAYMENTS WERE AS MUCH A SOURCE of headache for E&P companies in Tanzania as they were in Egypt.By late 2015, for example, it was clear to Orca Petroleum, one of the country’s top gas producers, that debts owed by the Tanzanian Electricity Supply Company, TANESCO, were going to stifle the company and probably render it bankrupt.  Orca produced 48.5Million standard cubic feet per day (48.5MMscf/d) of gas on average in 2014, was being owed $59.8Million by the end of 2014, excluding interest (of which arrears were$52.2Million) compared with $54.0Million (including arrears of $44.3Million) as at 31 December 2013. Meaning: the debt just kept piling up!

The challenge of getting paid by the state energy company dated back over five years. There was a very pointed statement in Orca’s annual report of 2014: “TANESCO arrears and payments continue to be irregular and unpredictable. As a result, there is significant doubt about TANESCO’s ability and/or willingness to settle arrears”.In 2016, the International Monetary Fund IMF noted that the TANESCO’s financial sustainability was an issue. “TANESCO still has a large amount of arrears to gas and electricity suppliers”.

But three years after, Orca’s second quarter 2019 report told a completely different story. It said, in part: “At June 30, 2019 the current receivable from TANESCO was $ nil (December 31, 2018: $ nil).During the quarter, the amounts received from TANESCO were in excess of the revenue for gas sales to TANESCO, resulting in the reversal of the provision for doubtful account of $3.5Million in Q2 2019. Orca said that “the TANESCO long-term trade receivable at June 30, 2019 was $55.0 Million with a provision of $55Million, compared to $58.5Million (with provision of $58.5Million) at December 31, 2018. Subsequent to June 30, 2019 the Company has invoiced TANESCO $4.6Million for July 2019 gas deliveries and TANESCO had paid the Company $6.2 Million.

NIGERIA’S NNPC IS AN EXCEPTIONAL PROOF that Africa’s state energy companies can transform into effective partners with Private parties; funding their cash calls timeously, clear arrears on payments for hydrocarbon molecules they purchase, even pay their share of equity in projects far in advance of development.

For years, while Egypt’s Gas Holding Company EGAS furiously searched for solutions to its billions of dollars of payables for gas produced by international companies working in the country, the NNPC wasn’t lifting a finger.As of March 2015, five major oil companies operating in the Niger Delta claimed they were owed over $7Billion in arrears by this Nigerian bully of a state oil firm.

Fast forward to August 2019, and ExxonMobil officials are celebrating. The American major actually convened a little public gathering to acknowledge the end of payment of outstanding cash call by the NNPC with a payment of $833.57Million. Paul McGrath, Chair of the Corporation’s subsidiaries in Nigeria, expressed his delight for “the crossing of the finish line on our JV arrears repayment” on July 3, 2019.

The repayment process had commenced less than two years earlier, in August 2017, with the execution of an agreement for a repayment”. NNPC itself has a target: Pay off the entire cash-call arrears owed its International Joint Venture, JV partners, including Shell, TOTAL, ENI (known as Agip in Nigeria) and Chevron, within a period of five years, meaning that, all the $5Billion it agreed it owed them would be paid by 2021. NNPC sources told Africa Oil + Gas Report that the debt to the American giant was one of the lowest. There are much larger sums to pay Shell and Chevron each. The interpretation of that is: “Don’t get too excited”.

But symbolism is important.And there is one example in which NNPC has even performed better as a paying partner.That example is the ANOH Gas Processing Company AGPC, an incorporated Joint Venture between Seplat Petroleum and Nigerian Gas Company, NGC, a subsidiary of the NNPC. The AGPC is raising $700Million, in equity and debt, to develop three hundred million standard cubic feet of gas per day (300 MMscf/d) midstream plant on an onshore acreage in the east of Nigeria, to process future wet gas production from the upstream unit. Seplat and NGC, 50% equal partners in AGPC, have collectively paid down $300Million of the $420Million equity subscription for the IJV, meaning that they’ve each contributed $150Million. “It is very unusual for an NNPC subsidiary to make upfront payment in a partnership venture”, says Jerry Tolein, a Cairo based hydrocarbon market analyst focused on Africa. “But this really has happened”.

Not all the news about state energy firms paying their due invoices have turned positive.Nigeria is particularly a bad case for private companies selling natural gas to state electricity firms. Seven Energy, a natural gas producer and supplier, went bankrupt two years ago on account of debts owed by the Akwa Ibom State government owned Ibom Power, which received 24MMscf/d of gas and accumulated the debt. Seven Energy was also being owed by the Niger Delta Power Holding Company, which had a contract to receive over 40MMscf/d to run the Federal Government owned Calabar IPP plant.

But such cases are becoming the few exceptions on the continent and soon enough, companies like that will find themselves isolated.