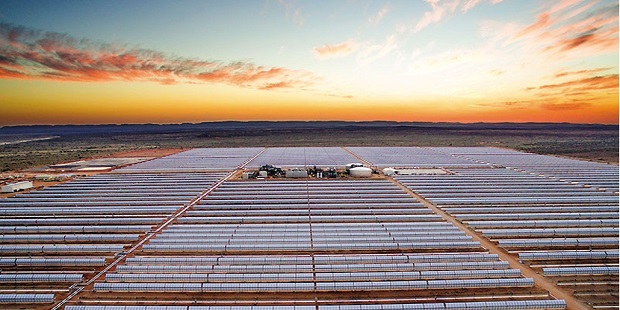 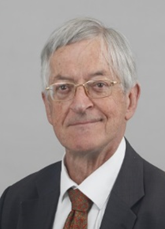 Royal Dutch Shell’s Sky Energy Scenario, first published in 2018, still provides energy companies a solid roadmap to develop their own Post—Parisenergy plans. A key observation in the document is that “New energy sources grow up to fifty-fold, with primary energy from renewables eclipsing fossil fuels in the 2050s”.

An important message for Africa here is simply that the continent has a window of 30 years to decide how its fossil fuels can help usher in renewables.

It’s crucial not to hastily abandon your fossil fuel resources in favour of renewables,be that wind or solar. Instead strategic fossil fuel scenarios should be developed to provide an energy roadmap. In Africa the need to speed up oil and gas exploration and production has never been greater. The oil and gas assets are the currency to finance renewable energy. Can Africa’s oil and gas assets be harvested for lighting up Africa, before they are declared ‘stranded assets’? 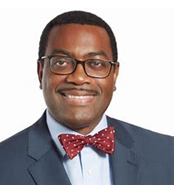 A key message from Akinwumi A. Adesina, President of the African Development Bank, is that a New Deal on Energy for Africa must have the goal “to light up and power Africa by 2025”. Certainly this must be a key goal for the oil and gas industry.

Power conditions are to say the least terrible. Power consumption per capita is the lowest of all continents: 181 kilowatts per annum, 6500 kilowatts in Europe and 13000kilowatts in the USA.

Energy sector bottlenecks and power shortages cost Africa between 2%-4% GDP per annum. Companies in Tanzania and Ghana lose 15% of sales value as a result of power outages. It is estimated that two thirds of a million people, mostly women and children, die annually due to indoor air pollution associated with the use of fuel wood for cooking. Children under-perform at school for lack of electricity since over 900 of Africa’s primary schools have no electricity.

On grid transmission and grid connections by 160% in order to create 130 million new connections;

In Search of an Energy Champion

Is it not time to enlist an energy champion to help leapfrog exploration and development hurdles? To ensure that oil and gas projects are implemented, on time and under budget. To ensure that these energy assets can be used in developing Africa’s economic needs. Without reservation TOTAL would be my nomination to fulfill such a role. A company well positioned in the Upstream, Mid-stream and Downstream sectors across a broad swath of the African Continent.Having a well-defined strategy, transparency and an ability to operate, in what may appear to outsiders as a difficult marketplace. And, finally a unique ability to deliver projects at neck-breaking speed in which technical zeal is always present!

TOTAL has also acquired two companies- Saft, an industry leader in advanced battery technology and Eren, which promotes and invests in technological innovations in the water, basic materials and energy sectors.

For the first time TOTALs Chairman and CEO’s compensation package has quantitative criteria linked to trends in greenhouse gas emissions at operated oil  and gas facilities.

According to the company’s Rupture Energy Scenario renewables will capture 90% of the power growth between 2018-2030.

TOTAL’s track record in fossil fuels exploration and production in Africa is awesome: The company’s field development projects in several fields in Angola’s flagship deepwater Block 17 have produced almost 3 Billion barrels of oil produced since the taps opened with Girassol in 2001. Currently producing around 440,000 barrels of oil equivalent per day, the potential of this very prolific block is still high, with more than 1 Billion barrels yet to be produced.

In 2019, operator TOTAL and its partners Equinor, ExxonMobil and BP signed an agreement with national oil, gas and biofuels agency ANPG and state-owned Sonangol of Angola, to extend their consortium’s production licenses in Block 17 to 2045.

In South Africa, TOTAL made a discovery with the Brulpadda Deepwater Prospect, a world-class find in which 57 meters of net gas condensate was found. TOTAL and its partners plan to acquire 3D seismic this year, followed by up to four exploration wells on this license. The Block 11B/12B covers an area of 19,000 square kilometers, with water depths ranging from 200 to 1,800 meters.

TOTAL acquired Anadarko’s 25% in and operatorship of Mozambique LNG project in 2019, and is currently leading other partners in the construction of a two-trains liquefaction plant with a capacity of 12.9Million tonnes per year (Mt/y). The reservoirs in deep-water Area 1 contain more than 60 Tcf of gas resources, of which 18 Tcf will be developed with the first two trains. The Final Investment Decision (FID) on Mozambique LNG was announced on June 18, 2019, and the project is expected to come into production by 2024.

TOTAL’s challenge is to ensure it can harness it’s project management skills to ensure that Africa can be lit up.The company currently delivers 3GW of renewable energy through its affiliate Eren but it has a goal of delivering 25GW on renewable energy.The French super major develops projects in countries where renewable energy provides an economically viable response to growing power demand.

A likely partner with TOTAL could also be IRENA ‘s(International Renewable Energy Agency) Clean Energy Corrid or which aims to support the integration of cost-effective renewable power options to national systems, promote its cross-border trade and to support the creation of regional markets for renewable energy. The Clean Energy Corridor initiatives has two African regions:

The African Clean Energy Corridor (ACEC) for the member countries of the Eastern and Southern African power pools;

So, why not begin a serious public-partnership involving TOTAL and the Oil and Gas Industry and  the African Development Bank together with IRENA so that Africa can be lit up by 2025?

Why not go for 100GW of electrical energy?. Translated to the oil and gas sector: 565800 barrels of oil equivalent. A language TOTAL understands, representing approximately 20% of their current oil production. Adding 20% production goes a long way in supporting your RRR (Reserve Replacement Ratio).

A final message to the African Development Bank. Ensure that your oil and gas partners understand that their energy contribution can be translated to oil of barrel equivalent. Presently the illusion continues to be fostered that renewable energy can be added to the reserve count of an oil company. The SEC, the USA watchdog of Wall street makes it abundantly clear that only fossil fuels are legitimate reserves. Africa can provide a great service to the oil and gas industry by helping them become energy companies.

Gerard Kreeft holds a BA (Calvin University) and  MA (Carleton University, Ottawa, Ontario, Canada). An Energy Transition Adviser, he was founder and owner of EnergyWise.  He has managed and implemented energy conferences, seminars and master classes in Alaska, Angola, Brazil, Canada, India, Libya, Kazakhstan, Russia and throughout Europe. He writes on a regular basis for Africa Oil + Gas Report.