Re-examinating the Energy Value Chain: The Case of Saudi Aramco 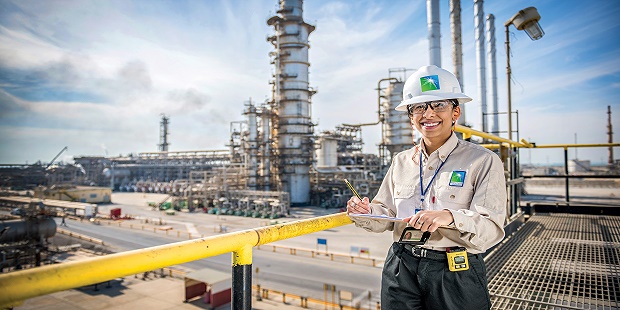 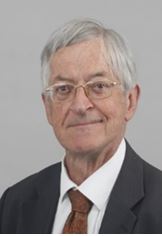 Saudi Aramco’s  IPO (Initial Public Offering) has raised much curiousity. A valuation of some $2Trillion. Proved liquid reserves larger than that of the five largest IOCs (International Oil Companies). And a goal  to be the largest  integrated energy and chemical company.

The Saudi Aramco announcement could set off a flurry of massive takeovers and corporate re-structuring not previously witnessed in the Oil and Gas Industry.

Size matters. To be able to compete with Saudi Aramco many of the majors will be re-thinking their next strategic moves. In a competitive E+P environment, economies of scale, lowered project costs and innovation matter.

Could this mean the wholesale takeover of one or more of the majors?

Possibly it would not stop there. Given the dominant size of Saudi Aramco the demise of the largest IOCs could be further threatened. One possible scenario is more specialization: Upstream entities merging to enhance exploration and reduce costs. Downstream specialized chemicals and other by-products.

A possible reason why Saudi Aramco’s IPOis now being implemented is because of the move away from fossil fuels by major investment and pension funds. Bill McKibben estimates that to date some $8Trillion has moved away from the oil and gas industry. Waiting longer could well  depreciate the value of Saudi Aramaco’s hydrocarbon base.

Saudi Aramco has indicated it wants to move in the direction of solar energy. A strategic movitation would be to translate Saudi Aramco’s  solar energy capacity to barrels of oil equivalent,thereby increasing the value of the company’s Reserve Replacement Ratio (RRR).

Oil companies’reserve count are, by their very definition, based on a fossil fuel basis. Their Reserve Replacement Ratio is purely based on a fossil fuel basis. Clean energy—wind,sun or hydropower—cannot be part of the mix. The US SEC stock market regulator leaves no doubt about that! A move by Saudi Aramco, given its its leadership role to move to a broader definition of RRR, could help bolster fossil fuels and serve as an incentive for taking  renewables  on board.

At present the RRR rate for the industry is 7%, a historic 20 year low. The norm is 100%. There is no evidence that if  the E+P industry were to continue its present trajectory things will drastically change. Could Saudi Aramco’s IPO set off a chain reaction in which renewables are an integral part of the RRR count? Helping to salvage the E +P sector. Or will we witness, in reaction to the Aramco IPO,takeovers  and consolidation in both the Upstream and Downstream sectors? And hiving off their renewables to separate companies?

Rystad, the Norwegian Consulting Firm, in a study of offshore projects sanctioned  between 2010 and 2012, indicated that projects were barely able to generate any value for E+P companies; and projects sanctioned between 2013 and 2014 are expected to have no value creation. Yet in the period 2015-2018, value creation was positive even with an oil price of only $40 per barrel.What has changed? Lower unit costs, rig rates and rig design and simplification of projects.

Simon Flower, Chairman and Chief Analyst of Wood Mackenze has drawn similar conclusions. Bringing fields on stream quicker, via simpler development concepts and by breaking complex projects into smaller units, have decreased development costs. Prior to 2015  Pre-FID costing was $79 per barrel and now $50 per barrel. A drop of 37%. According to Wood Mackenzie to date 155 major projects targeting over 50Million barrels of oil equivalent have been started. Combined spending of $500Billion.

In spite of the increase in oil price since 2017, the service sector has to date shown few signs of witnessing a recovery.In October 2019 it was reported that Petrobras’ Drillship Vitoria was being sold for scrap. A somewhat startling revelation for a deepwater floater only 10 years old and in 2011 having a value estimated of $653Million.

Given the revival of the deepwater market, does it not seem more logical that one of the international sector’s drilling contractors buy this rig for a hugely discounted price? Both Transocean and Valaris have pointed out with pride how young their fleets are. Certainly Vitoria should be a welcome asset by either contractor.

The scrapping of Vitoria is perhaps indicative of the state of the industry. Currently new builds, both floaters and jack-ups are on hold. Expect a long delay for the 27 floaters and 58 jack-ups that are now being built or slated to be delivered.

Valaris at a recent Investors’ Conference indicated that it requires an average day rate of $490,000 for its floaters, and $160,000 for its jackups, if it is to achieve a 15% unlevered internal rate of return.All indications are that current day rates are far below this requirement.

Since 2000 the average cost for  building floaters was $665Million, and for jackups $200Million. Better to buy up cheap assets and not burn your cash.

The historical relationshiip between the drilling fraternity and the oil companies is not a pretty picture. In time of high oil prices the drillers saw an opportunity to have huge day rates; and in the downturn  oil companies took their revenge and demanded day rates that barely covered costs.

Yet the drillers remain in a precarious state of health. And their sub-scector requires long-term support.Drillers and oil companies must learn to develop a long-term relationship if they are to thrive. The transactional mentality must change if the offshore industry is to recover some of it lost lustre.

Finally the responsibility of the oil companies is very fragile. Not only must they mend fences with the drilling fraternity; but also butress up their RRR with renewables. Otherwise we could be writing the final chapter of the industry sooner rather than later.

Gerard Kreeft, MA (Carleton University, Ottawa, Ontario, Canada) has  30 years experience in the Oil and Gas Sector. For much of that time he has managed and implemented oil and gas  conferences, seminars and master classes in Angola, Brazil, Canada, Libya, Kazakhstan and Russia. He writes on a regular basis for Africa Oil+Gas Report.

« In Africa, the Oomph Will Continue in 2020
The Qataris To Finance LEKOIL’s Ogo Field Appraisal, Development »