ExxonMobil Left Them all in the Dust..Until Egina Happened 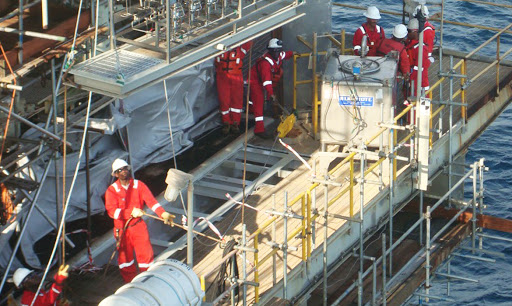 ExxonMobil’s 479,010Barrels of Oil Per Day (BOPD) operated output in Nigeria was ahead of the closest rival by at least 70,000BOPD, according to 2018 production figures just released by the Department of Petroleum Resources (DPR).

Chevron followed next, with 407,640BOPD of operated output, about half of which was contributed by the Agbami deepwater field.

Shell Nigeria (SPDC and SNEPCO), the one-time holder of all of the country’s concessions, operated 353,749BOPD between January 1 and December 31, 2018, the regulatory agency’s report declared

French major TOTAL was fourth largest operator in the year with 245,712BOPD.

ExxonMobil’s production is entirely offshore, with Mobil Producing, its shallow water subsidiary, operating 288,808BOPD from four acreages under the Joint Venture (JV) with NNPC, and Esso Exploration Nigeria Limited, its deepwater subsidiary, operating 190,102BOPD from two acreages under PSC terms. The largest single producing fields for the company in the period under review were the deepwater fields Erha, which averaged 114,168BOPD and Usan, which delivered 75,964BOPD.

The largest producing field, in the year under review, was Chevron operated Agbami, averaging 212,000BOPD.

Two significant things have happened in the 12 months between the last day covered by this report (December 31, 2018) and the release of the report (mid-January 2020).

2). TOTAL’s inauguration of the Egina Field on New Year’s Day 2019 was a signal that ExxonMobil’s position as Nigeria’s largest volume operator was coming under severe challenge. Egina was producing at peak output of 201,000BOPD as of February 2020.

Even so, whereas ExxonMobil didn’t add any new field in 2019, a difference of 233,2988BOPD is a lot to overcome, even with a brand-new field that happens to be a gusher.

« Nigerian Deepwater Production is Out of Proportion to the Reserves
Express, Atlas Petroleum, Bring Up the Rear in Nigerian Production »