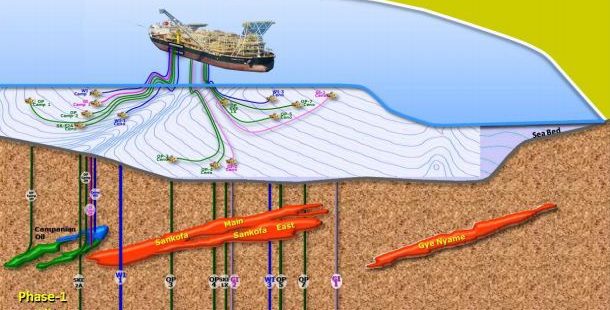 There was no lifting by the Ghanaian National Petroleum Corporation (GNPC) in respect of Carried and Participating Interest (CAPI) on the Sankofa Gye Nyame (SGN) Field, in the first half of 2019.

The refusal to allow GNPC to lift crude was due to the Corporation’s inability to honour outstanding payments (plus interest) in respect of its equity participation in the Field.

This was the second time this was happening and it is significant because CAPI is where Ghana makes its highest revenue from oil and gas proceeds. In the first half of 2019, CAPI from the two other oil fields alone, delivered 48% of total receipt of $363Million, whereas Royalty and Company Income Tax brought in 17.86% and 33.35% respectively.