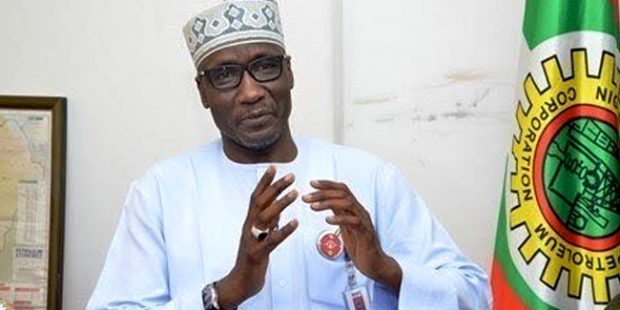 The Nigerian state’s poor definition of the commercial mandate of its hydrocarbon company has served as a severe limiting factor for the NNPC as a going concern.

It has also clipped the company’s potentials to deliver prosperity to self and country, a new, far reaching evaluation has indicated.

“The discretion the Corporation enjoys in pursuing commercial interests, under current laws, limits its performance, thereby affecting its ability to generate returns for the country”, says the report.

Nor has the government even clearly defined the company’s non-commercial roles.

There was a widely published, upbeat story about NNPC late last year, disclosing that its unaudited Half Year 2019 report indicated record profitability by eight of the corporation’s subsidiaries, with a collective surplus of ₦240Billion ($785Million, going by official exchange rate). But this wide-ranging evaluation brands the story as a product of “selective and unaudited monthly operational and financial performance data” disclosed by the corporation since 2016. “The lack of underlying legal instruments to ensure sustainability of this practice and failure to enact necessary legislation to kick start petroleum industry reform constrains transparency and accountability in Nigeria’s national oil company”.

Whereas the law mandates NNPC to conduct regular audits of its operations using independent auditors, the Corporation has only subjected itself to these audits at the behest of the federal government; including its only publicly available 2015 audit to investigate allegations of unremitted funds into the federation accounts by the Corporation. Two years ago, NNPC announced the completion of its group financial audit for five years between 2011 and 2016, However, these audit report(s) are not publicly available.

“NNPC dabbles into all spheres of the petroleum industry, in operation, regulation, and policy, by virtue of its position”, the 10,000-word study, to be launched this week, contends. “This is likely to continuously lead to conflict of interest, lack of focus, inefficiencies and underperformance”.

The paper admits that the current corporate governance structure of NNPC, with strong Presidential influence, can allow for coherent strategic decision-making, but the company “remains susceptible to excessive political interference and limits accountability through checks and balances”, it argues.

The precept that focuses on NNPC examines the accountability of the corporation as a State-Owned Enterprise and explores the definition of its mandate as well as its commercial efficiency.

“NNPC takes up socio-political and quasi-fiscal activities such as ensuring regular supply of PMS nationwide, irrespective of the market forces. The Corporation maintains monopoly of supply and regulates the price by absorbing the difference between that price and the cost of importing the product. Being the sole importer of PMS, NNPC takes on the financial responsibility of any differences between the supply costs and retail prices in form of price recovery. This has significant implications on NNPC’s books and its remittances to the Federation Account. In addition, the good principle of check and balance is completely non-existent, thus entrenching suspicion of the citizenry”.

Some things have changed, slightly for the better since the last benchmarking report (BER 2017)

In the past three years, the government had moved to ensure that the NNPC has a workable funding mechanism. The cash call budget previously approved along with the federal annual budget is no longer funded directly by the federal government. Instead, NNPC relies on aggregate revenues from its subsidiaries and business units, deductions from oil revenue due to the Federation, and third-party financing for approved projects to finance its operations.

But there are still no clear rules governing the amount NNPC can withhold from production to cover production and operating costs and this still provides avenue for creation of wastages and inefficiency in spending.