In Northwest Africa, You Don’t Always Get What is Promised 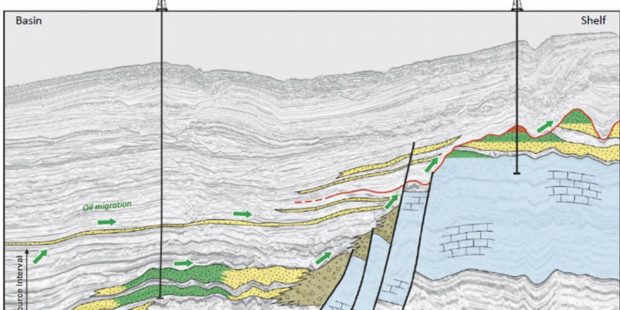 Exploration in the Northwest African Margin has been a bumpy ride for wildcatters since the discovery of the Sangomar oil field in November 2014.

What you get in these deepwaters on the edge of Mauritania, Senegal, The Gambia, Guinea-Bissau, and Guinea-Conakry is not always as golden as the headline media stories promise.

The Sangomar discovery drew explorers to the MSGBC basin like ants to open, wet sugar.

Having found so much gas, and constructed an elaborate plan to valorize the resource through a Floating LNG development, Kosmos set out to look for crude oil in the same acreages where it had found gas, by interrogating the geologic trends it had mapped and refining its charge model in order to define the prospectivity of the deeper waters. But it never succeeded in encountering liquid hydrocarbons.

The second exploration phase, as it was called, threw up three dry holes out of four wells. The only discovery in that phase was the Yakar gas discovery, which Kosmos quickly moved to declare as the “industry’s largest hydrocarbon discovery of 2017”.

Elsewhere in the MSGBC, meanwhile, other operators had their issues.

In October 2018, the Australian minnow, FAR, announced that Samo-1, drilled in block A2 offshore The Gambia, was a dry hole. It was the first exploration well in the country in 40 years. But FAR, a small company without any hydrocarbon production to its name, has been talking things up. It is claiming it will drill another well in the vicinity of Samo-1 before the end of 2021.

TOTAL moved the drillship Pacific Santa Ana to drill the wildcat JAMM-1X, in 2,400metres of water offshore Senegal in April 2019. Some difficulty with the BOP (Blow Out Preventer) led to a break in drilling operations around the third week of June. The well was finalized in mid-August 2019, with minor oil shows. The French supermajor quietly licked its wound. The depressing story barely made it into the news.

TOTAL harvested a more disappointing result in the next well, the Richat-1 well located offshore Mauritania, further north of JAMM-1X. The prospect on the flanks of a large diapir structure, sitting close to the continent / ocean boundary, was drilled, in 1,500metre water depth, with the same Pacific Santa Ana.

Richat-1, was burdened with a lot of expectations: its primary objectives were prognosed to be submarine fan / channel sands at a distal location on a late Cretaceous delta / fan system, where the Nouakchott (Cenomanian-Santonian) and Nouadhibou (Campanian-Maastrichtian) systems overlap. The prospect lies along trend, with a likely similar stratigraphic setting to the giant Yakaar gas discovery and Requien Tigre prospect on the Senegal fan.

But it was dry.

Explorers haven’t exactly nailed a formula for the MSGBC basin, the way they have come to understand the Tano basin, a sub basin of the West African Transform Margin.

Remember how we got here.

In 2001, thirteen years before the Sangomar field was discovered, Woodside Energy announced Northwest Africa to the world, with the discovery of the Chinguetti field, located in 1,000metre water depth, 90kilometres west of Nouakchott, the Mauritanian capital. The company originally claimed 120Million barrels of oil as estimated recoverable reserves, and planned the $750Million field development on the basis of these reserves estimates, deploying a 1.6Million barrel capacity FPSO to drain the reservoirs. First oil came out in February of 2006. Nine months later, however, the Australian operator issued a statement reducing the field’s Proven and Probable (2P) reserves to 53Million barrels. At the end of 2007, 2P reserves were put at 34Million barrels.

Nor have the other fields discovered by Woodside in the neighbourhood of Chinguetti fared well either.

Plans to develop the Banda field for a gas to power project have suffered a still birth, as have the proposals to tie the Tiof gas field to Chinguetti’s development.

With such a history, it is instructive that deepwater Northwest Africa remains a magnet especially for majors.

TOTAL took 90% of Senegal’s Rufisque Offshore Profond blockn May 2017, with Société Nationale des Pétroles du Sénégal (Petrosen), holding the remaining 10%. The company signed into Blocks C15 and C31, sited off Mauritania, in December 2018, adding to the three blocks (C7, C9 and C18), it already had interest in. These were following after the agreement it had, a full year earlier, with the National Office of Petroleum of Guinea, for Technical Evaluation Agreement to study deep and ultra-deep offshore areas located off the coast of Guinea Conakry.

ExxonMobil initiated acquisition of its largest-ever proprietary seismic survey-anywhere in the world- over Mauritania’s blocks C-14, C-17, and C-22, in October 2018, covering more than 6,500 kilometers of two dimensional (2D) and nearly 21,000 square kilometers of 3D seismic data. The acreages are located in water depths ranging from 1,000metres to 3,500 metres.

As operator of these assets the British supermajor is leading the Floating LNG project scheduled to deliver first gas by 2022. And plans are ahead to for the expanded phase of the project.

In November, BP announced that three appraisal wells drilled in 2019, GTA-1, Yakaar-2 and Orca-1, targeted a total of nine hydrocarbon-bearing zones. The wells encountered gas in high quality reservoirs in all nine zones, the company said.

So, it is quite a mixed grill in the MSGBC.

Woodside’s return to the region is a story that signifies the complexity of events in Northwest Africa.

Australia’s largest oil company bought into the Sangomar oil field development project and became operator, as if, despite its withdrawal from Chinguetti, nine years earlier, it could not bear to witness any other company take the glory of operating the first oil field in the region since then.

The field development has been sanctioned. Phase 1 of the Sangomar FDP will target an estimated 231 MMbbl of oil resources from the lower, less complex reservoirs, and an initial pilot phase in the upper reservoirs. Woodside has executed the purchase contract for the FPSO facility and issued full notices to proceed for the drilling and subsea construction and installation contracts, including to MODEC, Inc. for the purchase of an FPSO with an oil processing capacity of 100,000 bbl/day, to Subsea Integration Alliance for the construction and installation of the integrated subsea production systems and subsea umbilicals, risers and flowlines and Diamond Offshore for two well-based contracts for the drill rigs Ocean BlackRhino and Ocean BlackHawk.

All seems set, such that, by 2024, offshore Senegal and Mauritania would likely be hosting two floaters; an FPSO producing, mainly, crude oil and an FLNG exporting natural gas.

That would be 10 years after the discovery of Sangomar.

This article was initially published in the January-February 2020 issue of Africa Oil+Gas Report, the monthly journal.

« Why Senegal Can’t Be the Next Ghana