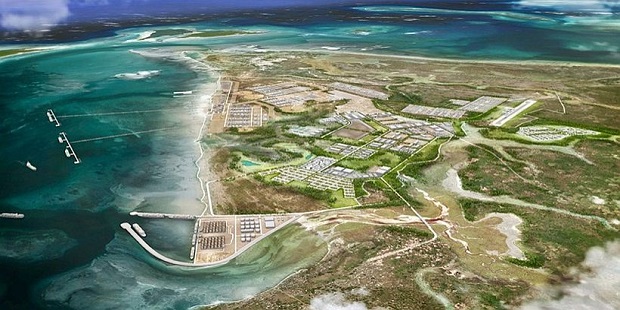 ExxonMobil operated Rovuma LNG Project in Mozambique, has joined the victims of the Pandemic.

Concerns about the effects of the new Coronavirus has compelled the partners in the 15 Million Tonnes Per Annum (15MMTPA) project to postpone the Final Investment Decision (FID) indefinitely.

The two-train onshore LNG project, to utilize gas from deepwater Area 4, had been on the drawing board for over six years.

Partners had announced offtakers for the project as far back as 2017.

But Rovuma LNG has come up on the list of those projects from which ExxonMobil is making significant cut in their capital expenditure as a result of a contraction in economic activity created by the virus.

Gas in Area 4 was discovered by ENI in 2011. The block holds an estimated 85Trillion cubic feet of natural gas (proven), deep below the Indian Ocean seabed.

Mozambique Rovuma Ventures, owners of Rovuma LNG, include ExxonMobil, ENI and the China National Petroleum Corporation, which together control 70% of the holding, with the remaining 30% split into equal parts between Portuguese group Galp Energia, South Korea’s Kogas and Mozambican state oil company ENH.