Nigeria’s EIAs Are Toothless, With Focus on Compensation than Deterrence, Report Says 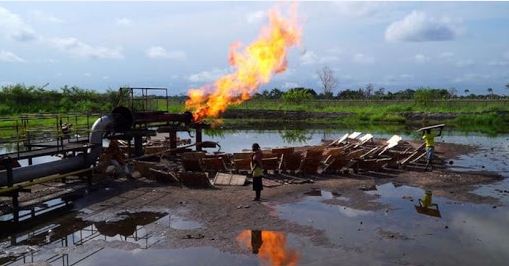 Regulations on Environmental Impact Assessments (EIAs) in  Nigeria  look good in the books, but the extent to which the government integrates this process into decision making on resource projects is extremely limited, a new report has shown.

“There are several gaps in governments’ monitoring and control of the EIA process to the extent that it is possible for it to be circumvented by resource companies that desire to do so”, according to the report, which looked at environmental social and economic effects of hydrocarbon extraction on communities  at all stages of a project cycle. “Government agencies responsible for approving oil and gas sector projects lack the technical and financial capacity to monitor and enforce compliance”, the report argues.

One substantial claim in the report is the contention that the Nigerian government does not use environmental and socioeconomic impact assessments (SIAs) before deciding to open an area to exploration and production activities.

But the government, it says, actually makes some attempt to use  these assessments at other stages of resource extraction.This focus on environment and social impacts of natural resource projects is one of the 12 sub reports in the latest, (ie 2019 version) Benchmarking Exercise Report (BER)  of the Nigeria Natural Resource Charter

“There are no defined, deliberate, and enforceable frameworks created by any tier of government with the goal of ensuring that affected communities participate meaningfully in decision making on resource projects”, contends the report, specifically titled Local Impacts. “This has meant that the free, prior, and informed consent of communities is not sought or obtained. Where efforts are made in this regard, they are discretionary and ‘after the fact’.

“EIA requirements and the Land Use Act do not reasonably prioritise consultation with communities. The Host Communities component of Petroleum Industry Governance Bill (PIGB), which could have addressed these gaps and increased trust, did not make much progress in the period under review. Similarly, the National Petroleum Policy (NPP), which articulates the government’s vision in the petroleum sector and promises to increase the participation of affected communities, did not take widespread effect in the period.

At the two different launches of the Benchmarking Exercise Report, in Lags and Abuja, Ken Henshaw, Executive Director of the  Centre for Social Studies and Development (CSSD), which authored the Precept 5, focused on  Local Impacts, harped on two issues: the seeming cluelessness of regulatory authorities which encourages lax accountability of licence holders to world class environmental  housekeeping  and (2), the sheer alienation in Host Communities created by break down of trust.

“In the requirement for EIA, communities are not specifically mentioned”, Henshaw told the packed halls at the launch of the report, in late February and early Mach 2020. “It talks about a broader perspectives of citizens in general, people, consultations, but not with the communities specifically mentioned. If communities were mentioned, I believe they would have created a nexus that requires that EIA documents be interpreted in a such a way that communities understand it and can make useful inputs. In the course of my research, I saw EIA reports clearly plagiarised from other places. In the course of my research, I saw EIA reports that were conducted in faraway regions as Brazil. EIA reports that talked about plant species that according to National Geographic exists only in South America. They were EIA reports for projects in the Niger Delta region. Also we noticed in the course of the report, projects that had started and gone halfway before EIA reports were released. Our conclusion in this regards is that there’s no requirement that EIA reports are integrated into serious decision-making on resource development.”

The report itself declares:

Henshaw said there was an opportunity created in the year 2017 when the Federal Executive Council developed the National Petroleum Policy. “That policy actually creates very far-reaching frameworks that ensures participation of local communities, unfortunately we haven’t seen it in the period under review take off”.

“While Nigeria’s EIA Act requires that project proponents present plans for mitigating adverse impacts of their proposed projects, there is no strong evidence indicating that, in taking decisions over resource projects, the government prefers the option of preventing costs over compensation and minimisation of such negative costs.

“In at least one instance (that of routine gas flaring), the government seems more inclined to impose fines and extend flare-out targets than to enforce its own flare-out dates. The capacity of government regulatory agencies to enforce sanctions and carry out their functions appropriately is grossly limited, principally on account of capacity and funding constraints.

« OTC 2020 Postponed, May Take Place in August
GMoU Is Widely Praised in Nigeria’s Oil Communities, but It’s Not the Cure All »