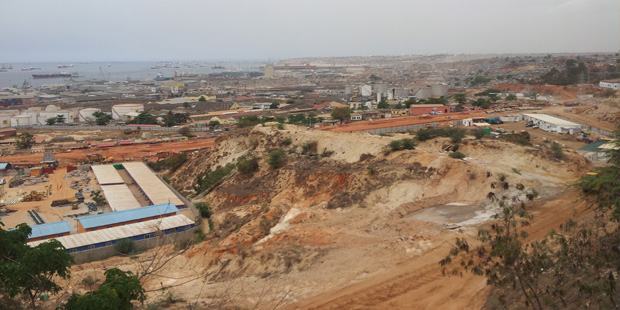 And yet many of these loans to governments, collateralized with oil or minerals, are shrouded in secrecy, according to a new report.

A resource-backed loan is a borrowing mechanism by which a country accesses finance in exchange for, or collateralized by, future streams of income from its natural resources, such as oil or minerals. Researchers from the Natural Resource Governance Institute (NRGI) considered 52 resource-backed loans made between 2004 and 2018, with a total value of more than $164Billion; 30 of them, with a combined value of $66Billion, were made to sub-Saharan African countries.

Of the loans to sub-Saharan African countries considered by the researchers, 53 percent of the amount borrowed came from two Chinese policy banks: China Development Bank (CDB) and the China Eximbank. Most of the remainder was provided by international commodity traders, mainly to Chad, Republic of Congo and South Sudan.

The report, Resource-Backed Loans: Pitfalls and Potential, explores both the risks and opportunities the loans represent and offers policy recommendations that borrowers and lenders can implement to improve the practice, with a greater focus on borrowers.

“African leaders have often taken out these loans to help with their own short-term political ambitions, but their countries have ended up severely indebted and with the risk of losing collateral worth more than the value of the loan itself,” said Evelyne Tsague, an NRGI Africa co-director. “They should stop agreeing to such perilous deals, which are often negotiated by poorly managed state-owned enterprises that often bypass parliaments and national budgets.”

The report shows how loans from commercial oil trading companies are particularly problematic, with specific regard to loan terms and repayment difficulties. David Mihalyi, co-author of the report and senior economic analyst with NRGI, said: “These deals, sometimes labeled as oil advances, often resemble pay-day loans: they have short maturities, high interest rates and fees, and no commitments on how the money will be used. Countries should stay away from oil advances containing such harmful terms.”

The Democratic Republic of Congo (DRC) was the only country covered by the report to have published a resource-backed loan contract, which it agreed with Sicomines (a joint venture with state-owned mining company Gécamines and a consortium of Chinese companies) in 2008. However, 12 years after it was signed, and five years since the related copper and cobalt mining started, there is no comprehensive, publicly available information about the resulting funding for infrastructure or the repayment plan.

The 2008 contract exempted Sicomines from tax payments until full repayment of the loan, a situation which violated the mining law at the time. The DRC’s parliament then approved a special law for the exemption. The revised mining code of 2018 increased royalties and taxes for mining companies with an aim to increase revenues, but officials have stated that companies with a special “convention de collaboration” like Sicomines do not have to comply with the code.

“There is so much at stake for African economies and communities with resource-backed loans, but there is very little accountability and transparency and that has to change,” said Silas Olan’g, NRGI Africa co-director. “Borrowers and lenders must allow for greater scrutiny to ensure that these loans are sustainable and serve the interests of the people and the countries they are supposed to benefit.”

The report details how excessive debt has landed many African countries in economic crisis.

It follows a warning by the World Bank about crisis-level debt in emerging and developing nations, and identifies four African countries where resource-backed loans have contributed significantly to severe debt problems: Angola, Chad, Republic of Congo and South Sudan.

As oil prices dropped in 2014, Congo’s debt spiraled from 70 percent to 120 percent of GDP. The government only revealed to the public that it had taken these loans once it had difficulties servicing them. The country now owes more than $9.5 billion in public debt and the IMF is withholding loans while the Republic of Congo is in dispute with commodity traders over the repayment.

The latest IMF report for the DRC stated that the liabilities from the Sicomines project represented almost 40 percent of the country’s total external debt.

Of the eleven sub-Saharan African countries that took out resource-backed loans, eight received poor or failing scores on the Resource Governance Index, which includes among its assessments measures of transparency and accountability of countries’ resource sectors.

Angola, which took out the largest amounts of resource-backed loans in Africa, is currently mired in a large-scale corruption case involving its state-owned oil company, Sonangol. And the Republic of Congo was embroiled in a major scandal involving representatives of a commodities trading giant bribing public officials to gain access to its oil markets.

The report is not wholly critical of resource-backed loans. The authors highlight how borrowing countries obtain cheaper financing through the loans and can use them to generate economic returns that in the long term exceed their financing costs. The report also finds that countries have successfully renegotiated for improved loan terms.

However, given the largely negative experiences documented in the report, NRGI advises government officials to be cautious in agreeing to resource-backed loans and to institute safeguarding measures. These are outlined in the report as policy recommendations and include: ensuring that key loan terms are vetted by ministries of finance and available to the public; obtaining flexibility of repayments; “shopping around” with a variety of lenders to optimize terms; and employing legal experts for contract negotiations.

Authors also note that there have been positive developments in the global loan landscape. China has issued debt sustainability guidelines for borrowers. Recent steps taken by the Extractive Industries Transparency Initiative, the IMF and others have improved the transparency norms applicable to resource-backed loans.

Mihalyi concluded: “There have been improvements but there is a long way to go, especially as these commitments are yet to become standard practice. Both borrowers and lenders share a common interest in avoiding bad loans. We must learn from the mistakes made in the past. All parties to resource-backed loans should be transparent and accountable and push forward together to find more sustainable solutions.”

The analysis in the report relies on data collected by NRGI as well as the Inter-American Dialogue at the Boston University Global Development Policy Center and the Johns Hopkins SAIS China-Africa Research Initiative (CARI).