The Future of Oil Companies: A Clearer Outline 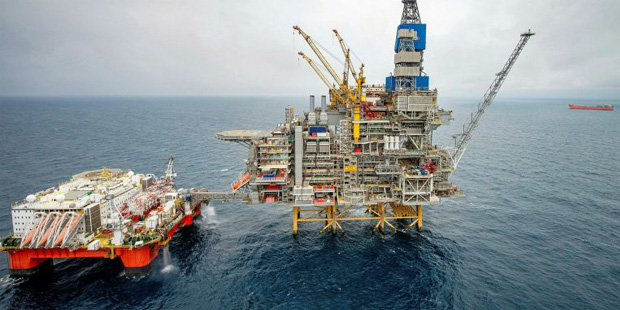 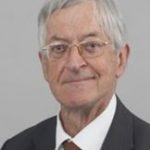 Dogger Banks is in a large sandbank in a shallow area of the North Sea.

It is sited about 100km off the east coast of England.

During the last ice age the bank was part of a large landmass connecting Europe and the British Isles. It has long been known by fishermen to be a productive fishing bank.  It was named after the doggers, the  medieval  Dutch  fishing boats especially used for catching cod.

In the next 25 years Dogger Banks will undergo a remarkable face over, becoming a key infrastructural hub for northern Europe’s Energy Transition.

The Norwegian player Equinor, has announced that the world’s biggest offshore wind farm off Dogger Bank, could be just the start of a renewable mega-hub with potential for more than 20GW of power production in the North Sea – enough to supply one third of UK electricity demand.

The Equinor announcement is a follow-up of the North Sea Wind Power Hub (NSWPH) study outlining the possibility and conditions required to build one or several wind power hubs in the North Sea. The consortium comprising a nucleus of Danish, Dutch and German companies has conducted a wide range of studies, investigated a number of different scenarios and conducted intense engagements with policy makers, leading offshore wind farm developers and Non-Governmental Organisations (NGOs). 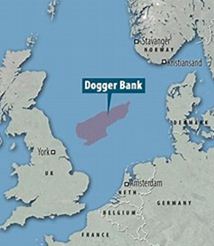 By 2045, the consortium is confident that 180GW or the equivalent of 1.2Million barrels of oil equivalent per day (1.2MMBOEPD) of fuel can be produced. Such production figures should gain the attention of the major oil companies in their quest for energy transition and projects having economies of scale.

Certainly, a candidate of merit is BP, strategically located in the heartland of the North Sea. BP’s new CEO Bernard Looney announced that it will be a “net zero company” by 2050 or sooner, opening the door to participation in new renewable mega- energy projects. Currently BP produces 3.7MMBOEPD. Adding a possible 1MMBOEPD of renewable energy to the company’s reserve count can only bring a smile to the face of a BP shareholder ensuring that the 6+% annual  dividend is  safe. How to arrive there is not his problem. This can be delegated to BP’s Management!

Looney’s management team is  faced with a classic Catch-22: To safeguard the shareholder’s dividend the company must know with some certainty that any decision it takes must be given the green light by its shareholders. If not shares will be dumped. When is it a good time for management to introduce a new and  forward looking policy? BP has chosen now. Will the shareholders back this? Will they decide that moving into a new strategic direction-taking renewables on board in a massive way- will guarantee in the long term their golden dividend ? Possibly avoiding that BP’s oil and gas assets be viewed as  stranded assets.

Following the renewable route is not a guarantee  for BP that it can maintain its golden dividend policy. Among Europe’s energy companies dividend results show a mixed bag : Orsted 1.5%, RWE 3.7% and Enel and Iberdrola both with 5%. Oil companies must still test what their future will be! Yet what is certain is that their oil and gas assets, formerly the mainstay of the dividend, is now in freefall and in need of life support.

For these reasons and more, the reserve count must be strengthened.

The reserve count is an important tool to ensure that oil and gas assets have a longer life span. The Reserve Replacement Ratio(RRR) is currently at an all time 20 year low. Currently the RRR count is based on only fossil-based fuels. Why? Because the SEC has deemed this on the advice of the oil and gas industry. Is it not time that the Oil and Gas Sector begins  to understand that if they now include renewables as part of their reserve count their oil and gas assets could have their life cycles extended? Extending the life cycle of these assets should surely be used  as a currency to invest in renewables!

Perhaps it is too early to discuss the demise of the oil and gas sector. But that its footprint is dwindling is obvious. According to BloombergNEF investments in renewable energy in the period 2010-2019 was $2.6Trillion. Through 2025 $322Billion per annum will be spent, almost triple the $116Billion invested in fossil fuels.

While the oil and gas sector may find a protective umbrella in the shade of the Renewable Revolution there may come a time, very soon, that oil and gas assets will be dumped. This may create much like what happened in the financial sector: Good Bank vs Bad Bank scenario. The Bad Bank scenario will see sector-wide mergers and acquisitions to ensure a last-minute reprieve before the assets are written off as liabilities. The timeframe? Perhaps 10 -15 years but certainly by 2050. 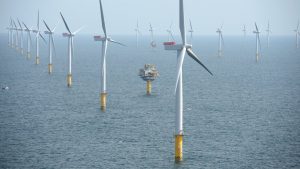 Possibly the countdown has already begun. Repsol was the first oil company to commit itself to become a net zero emissions company by 2050. The company also adjusted it’s 2019 net income to reflect the new reality. In 2019 it suffered a net loss of $4.10Billion primarily because of impairment charges on its assets in North America due to its climate targets. Can Repsol, given its pole position, utilize its oil and gas reserves to help strengthen its renewables? For example the company has Windfloat, the world’s first semi-submersible floating windfarm with the capacity to provide enough power for 60 000 people in Portugal. Repsol also has hydropower plants which provide 700MW of installed capacity, enough to supply power to every household in Madrid for a year.  Finally it also has two photovoltaic parks in Spain for generating solar power.

Equinor has pledged ‘that by 2050 each unit of energy produced will, on average, have less than half of the emissions compared to today. The ambition is expected to be met primarily through significant growth in renewables and changes in the scale and composition of the oil and gas portfolio’.

Oil and gas subcontractors also face a grim future. Dayrates for the drilling contractors, even for the deepwater floaters, are at cutthroat levels: varying between $175 000 – $250 000. This range is less than half the US$500 000 needed to meet 15% unlevered internal rate of return.

6    Orsted now a windfarm  powerhouse company and Equinor with its diverse portfolio of windfarms and gas pipelines have a wide variety of tools and policy options to plan and implement their energy transition strategies.

The shrinking of the oil and gas sector and emergence of renewable energy is a global happening, and Africa will not be excluded in these developments.

« Africa’s Life after OPEC+
Insecurity and No Diversity of Supply »