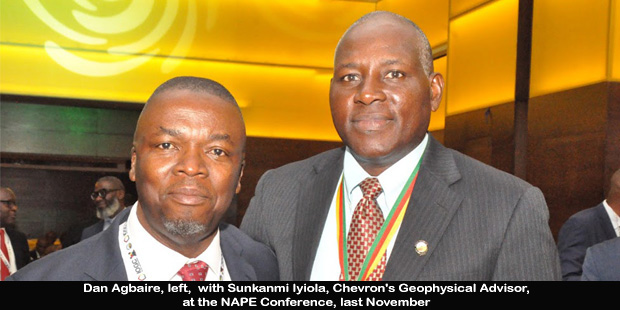 Dan Agbaire, General Manager Exploration for both SNEPCO and SPDC, the two upstream subsidiaries of Shell in Nigeria, is leaving the group at the end of March. The 56-year-old has been on the job for about four years. It was not clear, at the time of going to Press, who Mr. Agbaire’s replacement will be. SPDC (Shell Petroleum Development Company) is the operator of the joint venture with NNPC, TOTAL and ENI, with assets mostly onshore. SNEPCO  (Shell Nigeria Exploration Production Company) is the operator of the Anglo Dutch firm’s Production Sharing Contracts, in deepwater (Niger Delta) and inland basins (outside Niger Delta). Mr. Agbaire superintended the foraging for new hydrocarbons in the acreages under these two types of contracts. He reported directly to The Hague and London.

He holds a 1986 Master of Science Degree in Geology/Earth Science from the University of Benin, located in the Western flank of the country’s oil rich Niger Delta region. In 1987, he joined Geotrex, which then was a bespoke, boutique petroleum geoscience consulting company in Nigeria. He left Geotrex four years after and has worked for Shell, in positions of increasing responsibility, for 29 years. Agbaire did not respond to calls to determine why he is leaving early.