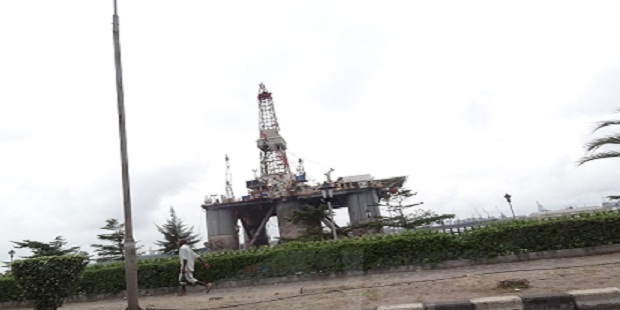 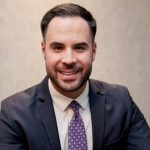 Scan Western news about OPEC from the last few years, and a common observation tends to appear: OPEC had a huge influence on the global oil market back in the day. Now, in the shale oil era, not so much.

I would argue that OPEC can safely state that reports of its death—or dwindling relevance—are greatly exaggerated. In fact, OPEC has been at the center of one of the biggest stories of 2020 aside from COVID-19: a historic deal that resolved the oil price war between Saudi Arabia and Russia.

From 2016 to late March, the two oil powerhouses had been part of a loose alliance of OPEC members and non-member producers known as OPEC+. Its purpose was to stabilize the global oil market through voluntary production cuts. The alliance was a success until early this year, when COVID-19 effectively shut down China’s economy and dramatically reduced its crude oil imports. To restore market balance, OPEC member Saudi Arabia asked OPEC+ member Russia to increase its production cuts. When Russia refused, Saudi Arabia stopped complying with its own production cuts and, instead, started flooding the market with oil. Russia followed suit, and plans to renew the OPEC+ agreement on April 1 were abandoned. Crude oil prices went into freefall, and U.S. shale oil producers started struggling to survive. It didn’t help when COVID-19 began forcing lockdowns around the globe, resulting in plummeting demand for crude and even lower oil prices.

The world was watching closely when Saudi and Russian leaders attended an emergency OPEC/OPEC+ meeting on April 9. After three days of negotiations, OPEC and OPEC+ members agreed to massive production cuts starting with nearly 10 million barrels per day May 1. The cuts, which will gradually decrease, will continue through April 2022. While low demand remains a concern, by stabilizing the oil market, OPEC+ will still provide economic relief and save jobs around the world. Shortly after the product-cut agreement was finalized, exhausted Saudi Energy Minister Prince Abdulaziz bin Salman shared his exhilaration with Bloomberg News. “We have demonstrated that OPEC+ is up, running, and alive.”

Indeed. Both OPEC and OPEC+ are very much alive and as relevant as ever.

Despite the condescending descriptions of OPEC I’ve read in American media coverage, I am seeing signs that U.S. leaders are starting to look at OPEC with newfound respect. Even one of the organization’s most outspoken American critics, President Donald Trump, had generous words for OPEC the evening before its April 9 meeting. “Obviously for many years I used to think OPEC was very unfair,” Trump said during a press briefing. “I hated OPEC. You want to know the truth? I hated it. Because it was a fix. But somewhere along the line that broke down and went the opposite way.” 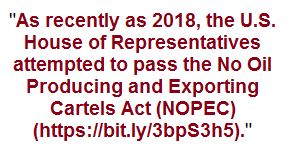 Then there’s Ryan Sitton of the Texas Railroad Commission, which regulates the exploration, production, and transportation of oil and natural gas in Texas. He responded to the Saudi-Russia oil price war by reaching out to OPEC and proposing statewide oil production cuts. After a one-hour photo call with OPEC Secretary General Mohammad Barkindo, Sitton was invited to attend OPEC’s June meeting in Vienna.

While I applaud Sitton’s initiative, I couldn’t help noticing what a departure it was from America’s usual “OPEC playbook.” U.S. energy policy has been driven by a strong desire to “free” the country’s oil and gas industry from OPEC’s influence. As recently as 2018, the U.S. House of Representatives attempted to pass the No Oil Producing and Exporting Cartels Act (NOPEC) (https://bit.ly/3bpS3h5). Had this harmful bill been approved, the U.S. Attorney General would have been empowered to bring antitrust lawsuits against OPEC and its member countries. The legislation likely would have jeopardized foreign investments in the U.S. oil and gas industry and cost America valuable commercial partnerships.

How dramatically things have changed. Two years after NOPEC was proposed, we had a representative from the powerful Texas Railroad commission offering to work with OPEC to help balance the market.

While it’s unclear whether Texas will cut production, Sitton’s decision to open communication with OPEC is a positive, and I hope other U.S. industry leaders will consider the same. Instead of viewing OPEC as the enemy, dismissing it, or avoiding it, why not learn to understand this important organization and lay the foundation for a productive relationship?

I suggest starting with Amazon’s bestselling book, Billions at Play: The Future of African Energy and Doing Deals, which includes a chapter titled “A Place at the Table: Africa and OPEC.” Yes, the chapter covers the value OPEC membership offers African nations, but its insights are relevant to everyone with ties to the oil and gas industry.

The background on OPEC’s 2016 Declaration of Cooperation is particularly timely. It was that agreement among OPEC producers and 11 non-members that resulted in OPEC+. For the first time in OPEC’s history, member countries agreed to work with non-member countries to stabilize the global oil market after increased U.S. shale oil production triggered low prices. Together, participating countries committed to voluntary production adjustments of 1.8 million barrels per day. Until the extraordinary chain of events set off by COVID-19, the OPEC+ alliance remained firmly in place.

The book also delves into the reasons OPEC membership has so much to offer African oil-producers: strength in numbers and a commitment to unity. “The organization says that every new member adds to the group’s stability and strengthens members’ commitment to one another,” the book explains. “Different perspectives create a rich culture where colleagues can learn from one another, anticipate and respond to the complexity of today’s oil markets, and ultimately, influence prices.”

It’s not always a seamless process, but OPEC continues to achieve those objectives. And as we go forward, this kind of unified approach will remain critical. Most likely, the global oil and gas industry will be forced to deal with the economic impacts of COVID-19 and low oil demand for an unknown period of time. Instead of working at cross purposes, oil-producing countries will need to continue cooperating to find solutions, embrace opportunities, and keep the industry alive.

Wagner is the Chair of the German African Business Forum and the CEO of DMWA Resources, a pan-African energy marketing & investment firm. Worked for Trafigura & affiliated companies in oil trading, responsible for managing trading operations and pursuing pre-financing opportunities in around Africa.