Shell at the Brink: Never Let A Good Crisis Go to Waste 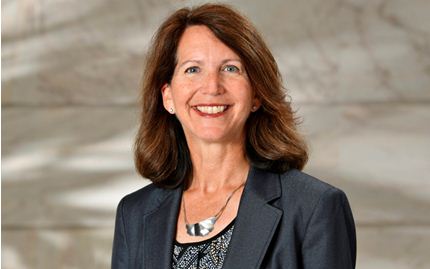 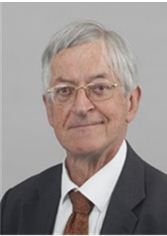 Since April 1 2020 Elisabeth Brinton was appointed Executive Vice President of Shell’s New Energies business, steering the company’s work in power, renewables and lower-carbon technology. According to her Linked-In site, ”this role covers Shell’s work in wind and solar, new mobility options such as electric vehicle charging, and laying the foundation for an integrated lower-carbon power business” .
Brinton is a former Silicon Valley entrepreneur and utility industry veteran… She joined Shell in 2018 from AGL Energy, Australia’s largest integrated energy company, where she was Executive Vice President, New Energy.  She “helped to increase adoption of renewable energy, build the world’s first residential virtual power plant and grow and sell a profitable smart metering business”. Brinton also
was previously the Corporate Strategy Officer for PG&E Corporation, the US utility company that specialises in renewables, customer solar, energy efficiency and electric mobility.

She has a monumental task of developing Shell’s renewable energy strategy. The situation is grim, especially from a shareholder’s perspective. Shell’s share  price has plummeted. Earnings season is fast approaching and shareholders are anticipating their golden share dividend. Not since WWII has Shell reneged paying out such a dividend. Will it be able to continue this tradition?

The signs are not good. Shell’s cash deficit between 2010 and the 3rd Quarter of 2019 was $22.9Billion, based on a study released by the Institute for Energy Economics and Financial Analysis. The other majors- BP, Chevron, ExxonMobil, and TOTAL- included had similar cash deficits. In total more than $200Billion! With a continued lower oil price, the future scenarios are bleak.

Shell plans to invest $2 – $3Billion a year on its power and low-carbon business compared with an overall spending budget of $30Billion per year between 2021 and 2025.

Prior to the current oil and gas crisis BloombergNEF estimated that investments in renewable energy in the period 2010-2019 was $2.6Trillion. Through 2025, $322Billion per annum would be spent, almost triple the $116Billion invested in fossil fuels. With most E &P budgets locked down future investments in the oil and gas sector look grim.

If there ever is a motivation to move on and recognize that renewables are the new boys on the block the time is now. To think that Shell, who are doing symbolic spending on renewables will survive is also an illusion. Shell continues to give a gold dividend and this will be paid for by debt financing, i.e. redundancies and the selling of more assets. In the meantime the share price continues to sink like a stone.

If you make a net comparison between Orsted, the Danish the Offshore Wind Farm giant and Shell then the following:

In other words, the share has lost almost half of its value.

In this period of time the share price has tripled, while Shell’s share lost almost 50% of its value.

True the Shell share continues to give shareholders a golden dividend of some 6%. Orsted for the last 4 years has only had a dividend of 1.68%.

Yet the true investment return must surely be seen in the spectacular and continued rise of the Orsted share which has tripled and has only had a small blimp in the current economic crisis. How long can Shell  afford this current policy? Simply throwing money at it will not solve the problem. What is missing is a strategic vision…and simply appointing a new EVP for Renewable Energy is too little too late. Shell can possibly choose two options:

Continue on its present course paying out its current dividend and financing this through assets sales and redundancies; or

Become a truly dedicated energy company increasing its new energy budget five-fold to at least $10- 15Billion per year. At the same time decrease the dividend and ensure that the Shell share can gain a true value. Ensuring true shareholder value will depend on creating a renewable business model that meets the requirements of todays’ shareholders.

Since this article was written, Shell has announced its commitment to take significant additional action on climate change, including a commitment to achieve net zero emissions. There’s no clarity, however, on how that commitment is tied to day to day business.