Deadline for PIB is Challenged; First Drafts Unlikely in Cabinet Before Mid-June 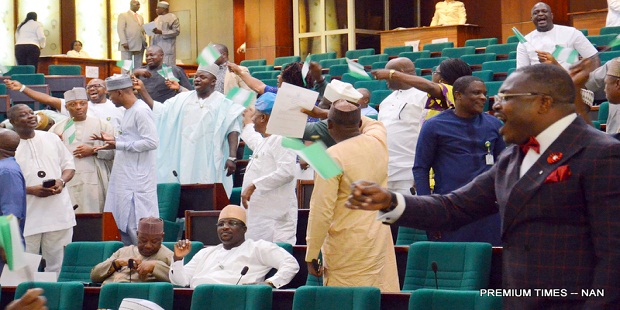 There’s a chance that the first drafts of Nigeria’s Petroleum legislation will reach the Federal Executive Council (the country’s cabinet) by mid- June 2020, not before.

A three-month delay in producing the documents has pushed the envelope in getting this most crucial assignment delivered by the end of the year.

After they are approved by the 42-man FEC, the drafts will proceed to the National Assembly for deliberations that will shape them into acts of parliament, for the President to sign. It is unlikely that the bills: the Petroleum Industry Administratve Bill (PIAB), and the Petroleum Industry Fiscal Bill (PIFB), will get a first hearing at the bicameral house until July.

The original plan was that the Executive arm of government, coordinated by the state hydrocarbon company NNPC, would have pieced together the draft documents as early as late February or early March. But as the work dragged on, “it got truncated by the COVID -19 lockdown”, in the words of people who are familiar with the process, and only got significant traction in the last three weeks.

Considering the COVID-19 challenge, it’s not clear whether there will be public hearings at the Senate and the House of Representatives, as they work on the bills from late in the second half of the year.

But even if there are not, there has to be some time for inviting and accepting memoranda.

A comprehensive petroleum reform legislation, widely known as Petroleum Industry Bill (PIB), has been showing up on the legislative agenda of the Nigerian National Assembly since 2008. In terms of construction, the document from which the first iteration of the legislation was generated was produced in 2000, in the form of a report and policy document issued by the Oil and Gas Implementation Committee (“OGIC”) established by (then) President Olusegun Obasanjo. That report, approved by the Yaradua government, resulted in the Petroleum Industry Bill 2008 being forwarded to the 6th National Assembly.

“The PIB has been a long time coming and we think that when it comes out later this year, it will come out with a lot of sweetness”, Timipre Sylva, Minister of State for Petroleum Resources, said on the sidelines of the OPEC meeting on March 5, 2020. “We are very mindful of the fact that it’s a very competitive environment right now and we are taking that on board in the new law”.

But does this three-month (probably more) delay mean that the reform law is unlikely to become reality in 2020?

Some of the people close to the process are optimistic.

“With the Presidency now apparently convinced”, says a consultant who has been part of the executive-legislature interface in the last 12 years, “these bills can be passed in three months. Remember the DOIB (Deep Offshore and Inland Basins) review took only 26 days from start to finish”.

There is a lot riding on this law. Nigeria is expecting a rise in investor interest in the energy market once the law goes through. Sylva said: “We are expecting that everybody will be interested because Nigeria is not just a brownfield, it has a lot of greenfield opportunities,” he said. “We believe the investment world will be quite pleased when we do come out with the bid round.” The PIB will provide a more stable investment framework in the sector. “Things have remained quite stagnant and that’s why we believe that with this bill it will bring a lot of certainty to the investment framework and people will get interested and come,” he said.