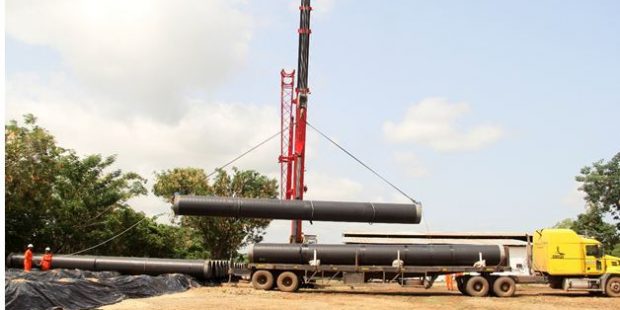 Nigeria is finally on the verge of unlocking huge economic benefits arising from its natural gas endowment. For many years, the country had been hindered by absence of gas transmission pipelines in her bid to harness its abundant gas reserves for provision of gas to generate electricity, and stimulate rapid industrialization using gas as feedstock for fertilisers, ammonia and other petrochemical applications. 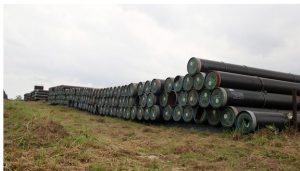 The commencement of the NNPC-sponsored Ajaokuta–Kaduna–Kano (AKK) Gas Pipeline project by leading indigenous EPC giant – OILSERV Limited is the cause for this renewed optimism. OILSERV has been awarded the engineering, procurement, construction, installation, testing, and commissioning of the first segment of the 614 km x 40-Inch Gas pipeline, which is from Ajaokuta to mid-way between Abuja and Kaduna. The second segment has been awarded to another company.

Information available to us shows that OILSERV has achieved significant progress in a short spate of time including ongoing detailed engineering design, topographical and geotechnical surveys, haulage and stacking of line pipes in preparation to commence construction activities.

In the words of the Group Managing Director of NNPC; Melle Kolo Kyari “the AKK project is key to resolving the power deficit challenge of the country. Its multiplier effect on the economy and provisions of jobs will be unprecedented. NNPC will give all necessary support to the Contractors to enable them deliver the project within time and within budget”.

Chairman of OILSERV Ltd, Engr. Emeka Okwuosa, gave a pledge that OILSERV will leave no stone unturned to partner with NNPC and make the dreams of 200million Nigerians come true by delivering the AKK project to global quality and standards. In his words, “The capability of OILSERV has been honed in the course of successful delivery of landmark EPC contracts such as lot B of the 48inch OB3 gas pipeline system that is currently being commissioned”.

The optimism and hope that this development represents is a clear elixir that is surely needed by the entire nation at this time. We wish OILSERV, NNPC and everyone else involved in this endeavor, success.