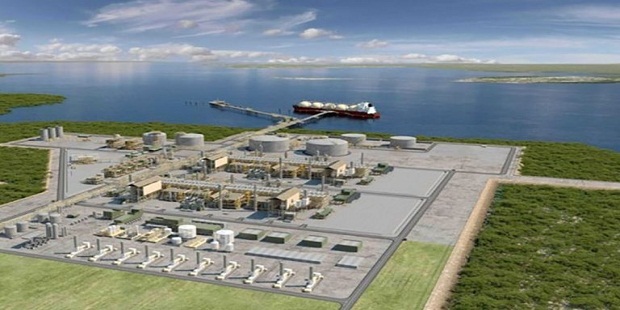 The TOTAL operated Mozambique LNG (MLNG) project, to monetise the reserves in the country’s deepwater Area 1, is making progress in spite of COVD-19 challenges.

“The financing was more or less been agreed and finalised and signing hopefully it will happen very soon”, says Paul Eardley- Taylor, Head of Oil & Gas Southern Africa, Standard Bank.

Eardley-Taylor, who is perhaps the most optimistic public speaker about Mozambique’s gas prospects, says the country “really has a couple of three unique aspects to it in terms of LNG, which is why volatility really doesn’t affect it. The first one is the obvious one, it’s bang in the middle of the map, if you use the Mercator projections, ideal for Asia or Europe. Secondly you have a large glob of gas in a single location, round about 150Tcf. Thirdly Mozambique is non-aligned and really contributes to security supply in other jurisdictions”.

The two train, 13MillionTonne Per Annum (13MMTPA) MLNG, is one of the two large sale LNG projects under development in Africa’s southeasternmost edge. Final Investment Decision for the project was taken in mid-2019.

FID for The ExxonMobil led Rovuma LNG, which is to monetise the Area 4 reserves, was postponed indefinitely, last April.

What about the insurgency?

“Mozambique is an enormously long country, so it’s important to know where the insurgency is near and not near”, the Standard Bank executive explains. “The insurgency has generally been about 100, 150 kilometres to as far as 300 kilometres from the site”.

“As we generally understand, (the 3.3MMTPA) Coral FLNG is more or less on time in terms of completion, largely unaffected by COVID-19 in South Korea and Singapore,” Eardley-Taylor explains. “So we expect that by third quarter or thereabout of 2022, it comes online”.

Full details of the Financing of Mozambique’s gas projects are published in the June 2020 edition of Africa Oil+Gas Report.