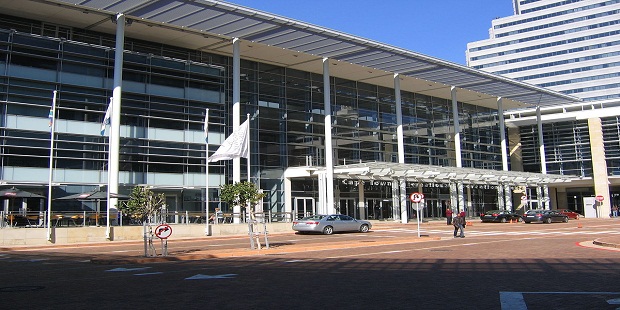 The Cape Town International Conference Centre CTICC is awaiting, not a horde of oil and gas executives in the next three months, but a throng of patients coming under care of the state for COVID-19.

The facility, which hosts Africa Oil & Power in June and the Africa Oil Week in November, has been converted to provide 860 hospital beds to coronavirus patients.

The Africa Oil Week, the most prestigious large gathering of Africa-focused oil and gas executives, has taken place at the CTICC for over 10 years.

The venue has also hosted other top-notch gabfests, including the World Economic Forum for Africa and the Cape Town Book Fair.

But when President Cyril Ramaphosa chose the CTICC as the place to meet with Alan Winde, Premier of the Western Cape Province, last week, it wasn’t as a speaker at a business conference.

The two leaders spoke as co-stakeholders in the war against the rampaging virus that had laid waste the commanding heights of the South African Economy.

“I still think that faced with the challenge that we have of greater infections… “, Ramphosa told Mr. Winde, whose province is host to the highest number of COVID-19 cases and 77% of the deaths from the virus in South Africa.

. “You will need and you do need more beds. We must increase the number of beds. I am not happy and satisfied with the limit you think you are going to have,” Ramaphosa said at the meeting at the CTICC.

Mr. Ramaphosa’s June 4 visit came a day after South Africa registered its biggest daily increase in infections with 3,267 new cases, taking the country’s total number of infections above the 40,000 mark. Of these, 27,006 were recorded in the Western Cape.

While the organisers of Africa Oil Week are still going about saying the conference would hold, President Ramphsa says “the worst (of the infections) is still and yet to come”,  a comment that indicates that physical planning for a November conference at the CTICC, could mean tough logistical challenges, if it happens at all.